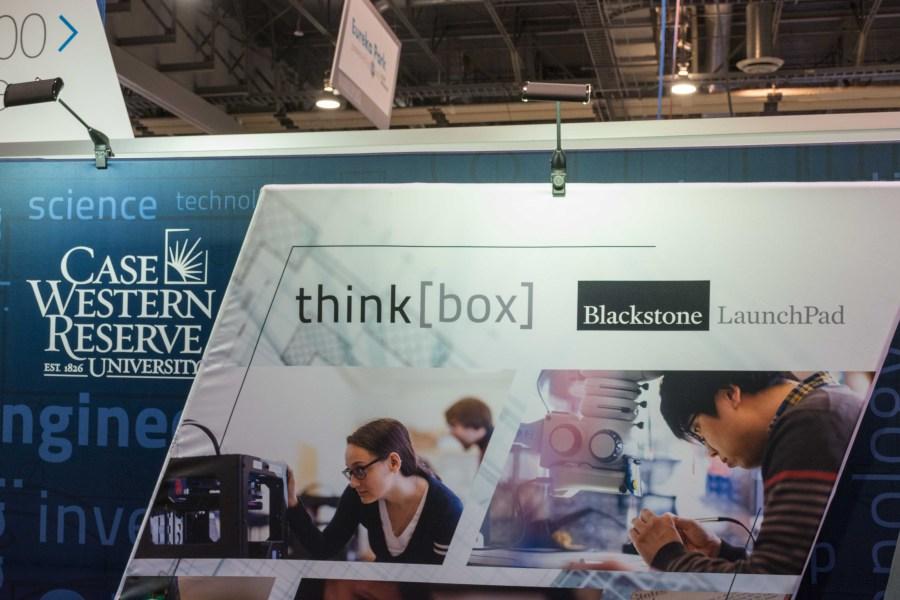 It was pretty quiet over at the Case Western Reserve University startup booths today, but it wasn’t because of low traffic. Rather the high level meetings and networks developed during day two of International CES through booth visits and meetings couldn’t be released in the press due to the sensitive nature of the products and partnerships. The buzz was in the air as people crowded the popular Blackstone Launchpad and think[box] booths to check out the yoyo tricks and the electronic treats.

Event38 continued to make key connections, getting repeat visits from interested parties and visiting booths themselves to see what the rest of the unmanned aerial vehicle industry was up to. EveryKey had several meetings of a classified nature and left the day feeling good about where things were headed. Carbon Origins continued to see a great deal of interest, and even learned about a new area they may want to develop. When discussing the applications for the Apollo board, the team started to recognize today that the enterprise solutions industry could use a product like theirs in a multitude of ways from public transit to fitness tracking.

Some of the companies who weren’t exhibiting yesterday also got into the action. SpiroSano spent most of the day yesterday attending meetings and checking out the show floor. Though they continued to look around the floor for more devices to connect to their system today, the booth served as a great way to gain interest and get people talking about their product. Intwine, a startup based in the growing internet of things market, was also able to get their booth set up and the project manager Jim Basar met with leads he had already gathered in the months prior.

Spartan Yoyo Works was eager to get started using the new filament they had obtained yesterday and got printing right away. Their full carbon yoyo came out pretty well, indestructible and with a nice heavy weight. But their mixed fiber model still has a few issues to work out. Vincent and Zachary are hoping to tweak the design and printing process to try again tomorrow.

Although we may not be able to say exactly what, things are happening in CWRU’s corner of the Eureka Park convention area. The teams look to keep moving forward tomorrow as they host press conferences, participate in contests and continue their goal to take the tech world by storm.