Department of Religious Studies asks if CWRU is too secular 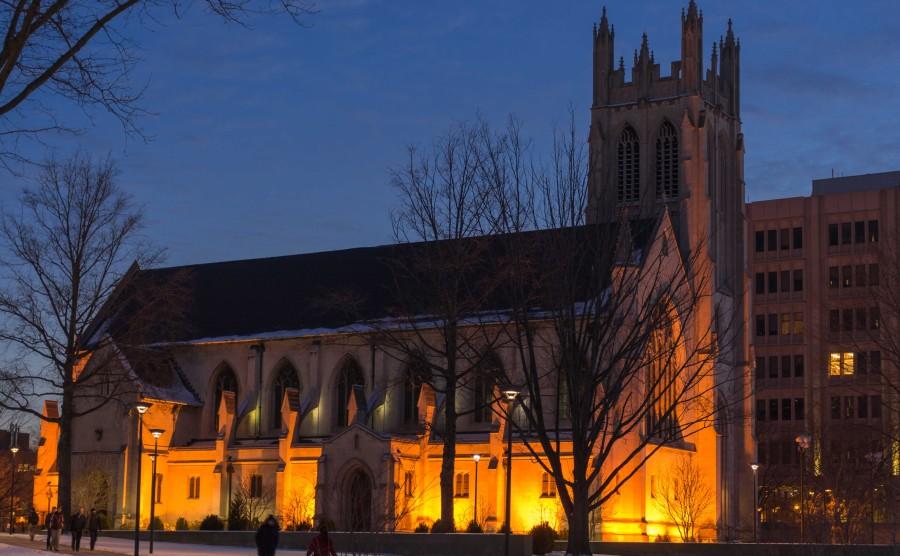 The Amasa Stone Chapel, which was built by the Flora Stone Mather College for Women, is one of the many religious buildings on campus.

The Department of Religious Studies held a thought-provoking forum about secularism and its place on campus on Feb. 24, 2015. Secularism, in the context of Case Western Reserve University’s campus, is the institution’s separation from any religion.

Professors Joy Bostic, William Deal, Jonathan Tan, Timothy Beal, Deepak Sarma, Peter Haas and Justine Howe held an open discussion about how students feel about the extent of our school’s secularism. Is CWRU too secular? If so, what can we do about it? If CWRU is secular, what about the traces of the Christian religion on our campus, the scripture passages engraved on our school buildings?

Timothy Beal, professor of Biblical Studies, commented on the campus’ history and its ties with Christianity.

In connection to Beal’s comment, Deepak Sharma, professor of South Asian religions, voiced his thoughts over whether CWRU is secular at all. The weekend, for example, is a Christian tradition.

“What would Case look like if we took out the Christian privileging in terms of the calendar?” he said. “When would we be teaching? When would we get time off? What would this world look like?”

The professors and students discussed both sides of the argument, now having considered the historical background of the university.

“Should the university take more of a role,” asked Justine Howe, professor of Islamic Studies. “Or should it step back?”

One student brought up the role of chaplains, members of a religious institution, that could be present on campus to represent every religion and guide students. What if, they all asked, there was one religion that dominated? What about the religions that are in the minority? How would all students be represented?

Jonathan Tan, professor of Catholic studies, sparked a discussion on having all students, of all majors, learn about all religions. He brought up the point that historically, religion always had a place in knowledge.

“Theology is the queen of science and pursuit of knowledge,” he said.

The discussion is still ongoing, and the forum left an open-ended question: If CWRU is a platform for bettering ourselves, should it be responsible for our religious practices as well?