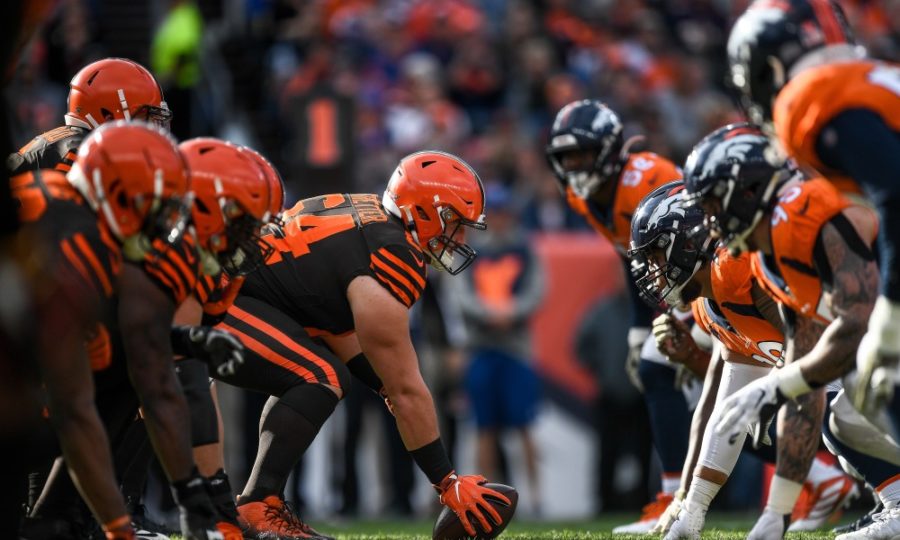 The Week 7 edition of Thursday Night Football featured a gritty nailbiter as the Cleveland Browns hosted the Denver Broncos. The Browns were severely shorthanded on offense, with quarterback Baker Mayfield and running backs Nick Chubb and Kareem Hunt sitting out due to injury. Their roles were filled by backup quarterback Case Keenum and a third-stringer at running back D’Ernest Johnson.

A third-year running back with just under 200 career rushing yards prior to the bout against the Broncos, Johnson had an electrifying breakout game with 146 rushing yards and a touchdown on 22 carries, picking up an additional 22 yards on two receptions. Johnson put the Browns on his back when they needed him, accounting for nearly half of the team’s total yards in a performance that received praise from an Ohio native and Johnson’s favorite basketball player, LeBron James.

Overshadowed by Johnson’s incredible night were the Minnesota Vikings roots that run deep in both teams, most notably with the coaches and quarterbacks. Kevin Stefanski, the reigning Head Coach of the Year, arrived in Cleveland after some time as the offensive coordinator for the Vikings, a position previously held by current Broncos offensive coordinator Pat Shurmur. The quarterbacks, Keenum and Denver’s Teddy Bridgewater, also have a history with the Vikings. Bridgewater was drafted by Minnesota in the first round in 2014 and had a promising future, earning a Pro Bowl selection prior to an injury that has since forced him to hop from team to team over the past five years. He was also with the Vikings during the 2017 season, when Keenum, as starting quarterback, led the team to the NFC Championship after pulling off the breathtaking Minneapolis Miracle.

The Browns got the ball first to open the game in front of a home crowd of 67,431. Following a 34-yard pass from Keenum to tight end Austin Hooper, Johnson carried the ball on each of the next three plays, racking up 34 yards which included a 4-yard rushing touchdown to put the Browns up immediately. The defense stonewalled the Broncos, forcing a 3-and-out to give the ball right back to Cleveland.

The next drive ended in a field goal for the Browns, who were up 10-0 early. The Broncos marched their way into Cleveland territory on their following possession, but Browns safety John Johnson III came up with a crucial interception on an attempt at a touchdown pass by Bridgewater. Aside from a 41-yard field goal try by Browns kicker Chase McLaughlin that was blocked by Broncos defensive end Shelby Harris, the remainder of the first half was largely uneventful, as both teams punted twice to close out the half.

Denver came out of the locker room to begin the second half with a slow-burning drive that paid off with a touchdown. The 79-yard drive ate up nearly half of the third quarter and was topped off with Bridgewater hitting running back Melvin Gordon III with a pass for an 8-yard diving touchdown.

Time was not on the Broncos’ side, and the Browns retaliated with a time-consuming scoring drive of their own. Keenum shouldered the load on the drive, throwing for 58 yards on 5/7 passing and rushing for 5 yards. He capped off the 13-play drive with a 1-yard touchdown pass to fullback Johnny Stanton. Johnson continued to play a vital role in the offense on this drive, picking up 18 receiving yards and 16 rushing yards.

The ensuing drive took the game into the fourth quarter, but the Broncos were forced to punt again after a 3-and-out. With the ball and a 17-7 lead, the Browns were unable to seal the game, as the Denver defense forced a punt to give their offense the ball. The Broncos capitalized on the opportunity, with Bridgewater finding rookie running back Javonte Williams on a 10-yard touchdown pass to cut the deficit down to 3.

Fortunately for Cleveland, the Broncos’ scoring drive took 6 minutes off the clock and only 5:17 remained in the game. Johnson broke off for a 20-yard run and a 6-yard run, which forced Denver to burn a timeout. The Broncos used a second timeout after another 3-yard run by Johnson. Johnson continued to frustrate the Broncos and racked up yet another run with 7 yards, which cost the Broncos their final timeout of the game with less than 2 and a half minutes remaining.

Following the timeout, the ball went right back to Johnson, who took the game to the final stoppage with the mandatory 2-minute warning on a 3-yard carry. The Browns continued to feed Johnson, who picked up the first down to secure the game after two more carries for 13 yards. With the first down, the lead and their opponents out of timeouts, Keenum took a knee and the Browns ran out the final 23 seconds on the clock to take the 17-14 win.

The Browns overcame key injuries to improve to 4-3 on a tough season and hand the Broncos, who started the season 3-0, their fourth straight loss. As Cleveland eagerly awaits the return of some of their stars, they now know they have a reliable third option at a running back with D’Ernest Johnson and a serviceable quarterback in Case Keenum.

Next week, the Browns host the 3-3 well-rested Pittsburgh Steelers in a Halloween showdown. The last time the two AFC North teams met was in the first round of the playoffs back in January where Cleveland defeated Pittsburgh 48-37 and notched their first playoff victory since 1994. The Steelers are looking for revenge, but under Stefanski, the sky’s the limit for the Browns.