Desiigner? I hardly know her! 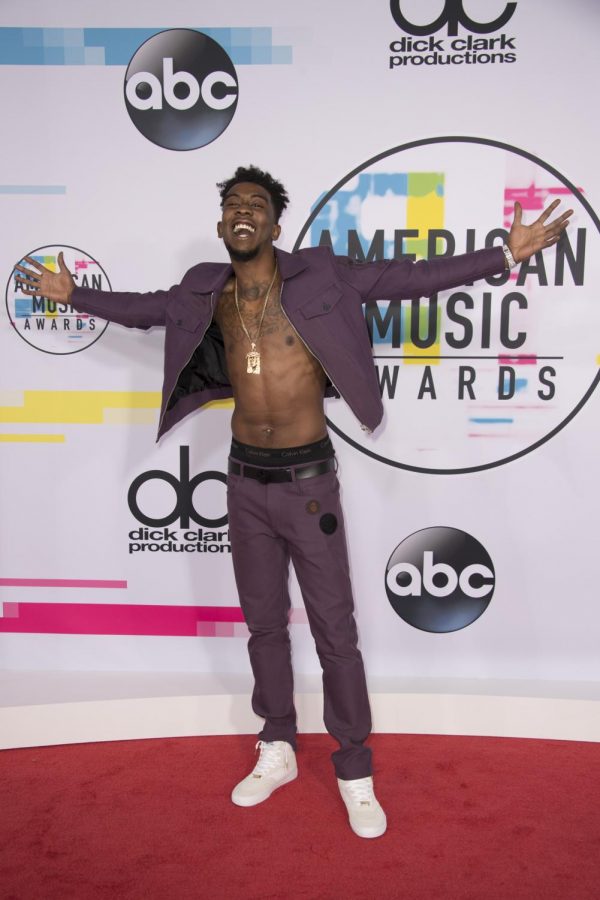 When I first heard Desiigner was coming to campus, I was really excited but also a little confused. As far as I knew, he had dropped “Panda” and “Tiimmy Turner” then ghosted. Sure, those two songs are absolute bangers, but until now I hadn’t bothered to check out his past discography or newer releases.

For the uninitiated, I’d recommend starting with the legendary XXL 2016 Freshman Cypher. The class of 2016 is one of the best XXL has featured. The soon-to-be infamous class included Anderson .Paak, 21 Savage, Kodak Black, Lil Uzi Vert, Lil Yachty and of course, Sidney Royel Selby III, better known as Desiigner.

The cheerleader effect may play a part, but Desiigner does excel in his cypher. He brings a fun energy to the video and has an interesting hook that sets up Paak’s verse well.

His first project, the 14 song mixtape “New English,” premiered in late 2015, and featured his hit single “Panda.” The success of “New English” led to his spot on the XXL cypher the following year. “Panda” was such a hit in fact that not only did it return the #1 billboard spot to New York for the first time since Jay-Z’s 2009 “Empire State of Mind,” but it also got him in a room with Kanye West. He signed Desiigner to the GOOD Music label and featured him along with his “Panda” hook on the long-anticipated album “The Life of Pablo” on the song “Pt. 2.”

Soon after “Panda” came “Tiimmy Turner,” another high-energy, highly-praised bop. Many listened to the original and were happy to dance along to the thunderous bass and ignore the lyrics. Others, however, attempted to decipher the complex lines and metaphors within the song. Kanye actually hopped on this track in a remix that is wildly different from the original, but still excellent in its own right.

Most recently, Desiigner released a song with Lil Pump called “Overseas” that is backed by some of the heaviest bass I’ve heard in a long while. “Drip” is his most recent release, featuring Boombox Cartel and Dillon Francis. “Drip” is a mosh pit song — no way around it. The intro is a quick repetition of high hits with a strong EDM build up to an explosive drop. There is not much in the way of lyrics in “Drip,” but that is not what Desiigner is known for.

In fact, it is quite the opposite. Many criticize Desiigner for being unintelligible, to which the proper response is: “So what?” Desiigner is not a lyrical genius; instead of deep thoughts and powerful words, he brings an incredible energy to his songs that will have Tinkham Veale University Center ballrooms roaring with noise as students shout along to all their favorite ad-libs.