Despite the name, “Sleepy Hollow” bears little semblance to the original 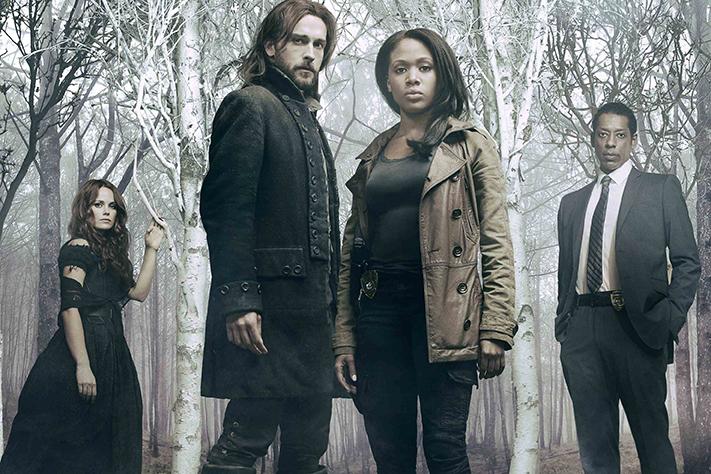 Every autumn the ritual begins anew: All the major television networks debut a slew of new shows alongside new seasons of old standbys, and every week they obsessively monitor Nielsen ratings, ready and willing to axe an underperforming beginner at the earliest possible opportunity.

In many ways, this system seems fundamentally flawed— most of the numerous new programs typically show no promise to begin with, and those that might blossom into something more interesting later on don’t get a chance to redeem themselves if they’re cancelled after their second week on the air. For some shows though, a big break comes early and buys them some time to try to cultivate an audience and develop their plots and characters. The first big winner of the fall season appears to be Fox’s “Sleepy Hollow,” which was renewed for a second season last week after only three of its episodes aired.

At face value, the audience appeal is somewhat easy to understand, as it is an adaptation of a recognizable and oft-adapted work, brought into the modern era with supernatural elements added. Very few aspects of Washington Irving’s original story have made it into this version of “Sleepy Hollow” though. Even Ichabod Crane is essentially a borrowed name, rather than a borrowed character— this incarnation of Crane is a visiting Oxford professor whose allegiance switched to the side of the colonists while he was living in America.

While fighting for the American cause on the battlefield during the Revolutionary War, he beheaded a mysterious masked man who had seemingly fatally wounded him. As one might expect, this beheaded mercenary later surfaces as the Headless Horseman after Crane mysteriously bursts from a shallow grave in a cave and wakes up in 21st century New York. The bulk of the story in the television show focuses on the modern day police department in Sleepy Hollow, New York, which has suddenly found itself having to deal with beheadings, witchcraft and a lot of pseudo-biblical warnings about the apocalypse (the Headless Horseman here being Death, one of the Four Horsemen of the Apocalypse; a definite upgrade from his status in the original story as merely the alleged ghost of a Hessian beheaded by a cannonball).

One wonders why the show’s creators even bothered with the trappings of the original short story, as the show is essentially nothing but an odd couple/buddy cop supernatural detective show, focusing primarily on Lieutenant Abbie Mills (Nicole Beharie) and Ichabod Crane (Tom Mison). The interactions between Mills and Crane are easily the best part of the show, as she helps him come to terms with the 21st century, and he helps her understand the world of demons, with some help from his witch wife and George Washington’s annotated bible. An actual time-traveler from more than 200 years ago would likely take much longer to adjust than Crane does here, but the show makes the correct decision in not wasting a lot of time on that. It’s got enough to explain in a very short amount of time as it is. There is an awful lot of use made of dream sequences and characters otherwise having “visions” to impart information to them that they wouldn’t otherwise have, which feels like a bit of an easy way out, plotwise.

Indeed, there almost always seems to be too much plot going on relative to how much action actually occurs; the show will go to great lengths to set up an interesting concept for the “monster of the week,” only to have the actual confrontation take less than four minutes. Three episodes into the season, the amount of information and backstory crammed into the early episodes finally starts to give way to a larger plot, but it still remains to be seen whether the show can fashion itself into something a bit more coherent. As it stands, the show can be mildly entertaining as mindless fun if you don’t stop to think about how unbelievable it all is, and it’s really saying something when a bunch of ghosts and demons manage to come off as more believable than a low-ranking police officer who is given free reign to run around solving crimes with a man who told police he fought in the Revolutionary War.