Did Bon Appetit give me food poisoning? How to avoid a norovirus outbreak 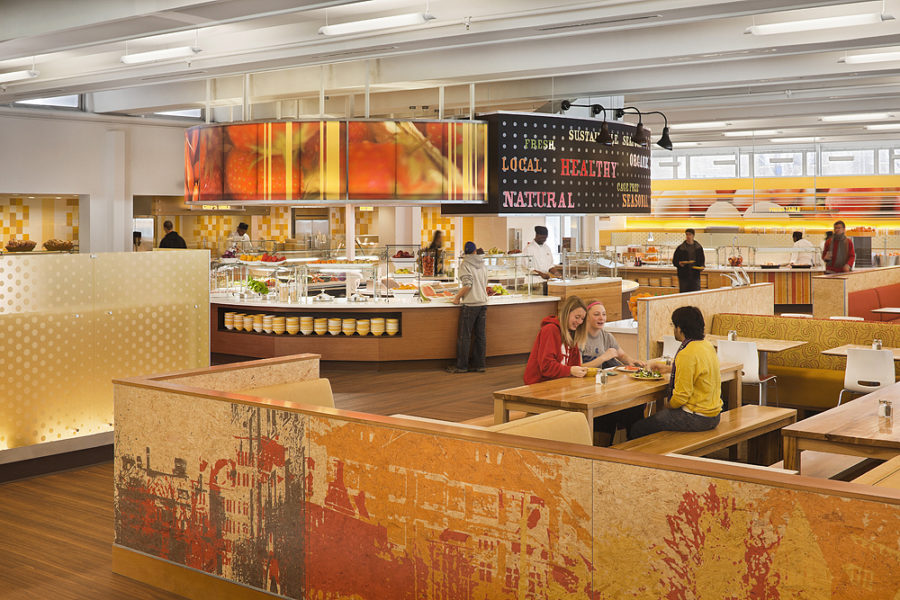 I was not surprised when last Thursday, Jan. 27, University Health and Counseling Services finally sent out an email notifying students of a recent norovirus outbreak. Although their email communicated some of the symptoms of the norovirus as well as how to avoid infection (to an extent), it struck me as strange that they elected to mention only one alternative name for the virus, the stomach flu, but not the other: food poisoning. A simple Google search reveals that norovirus is actually a leading cause of foodborne disease outbreaks and is even more prevalent than the infamous E. coli and salmonella. So why did Case Western Reserve University decide not to share this crucial information with its student body?

My initial thought was that CWRU didn’t want to directly point fingers at food service Bon Appetit or worry students about eating on campus. As one of the students affected by the outbreak—and the first person I knew of to get sick—I was sure I had caught something from the dining halls. After I had somewhat recovered from my fever and two days of throwing up, I sent an email to USG Student Life describing my symptoms and my belief that I had gotten food poisoning. Vice President Ananya Hari wrote back right away to let me know that I was not alone. In her email to two Bon Appetit higher-ups, Jim O’ Brien and Vincent Gaikens, she described reports she had received about Leutner Commons: “Several students have complained about feeling sick and experiencing food poisoning after eating the food served there” and a “worm-like bug in the leaves” of their salads. But my validation was short-lived. Gaikens responded on Thursday, Jan. 27, hours before the email from CWRU went out, that their “local health inspector conducted a 3-hour full building inspection on Monday and he confirmed that all food handling practices were in order.” So, officially, I did not get food poisoning from Bon Appetit, and neither will you.

However, I can’t help but be skeptical of how both Bon Appetit and CWRU as a whole handled the situation. I got sick on the night of the 20th, a full week before CWRU reached out to the general student population. The inspection was done sometime between the 24th—when Hari contacted the Bon Appetit staff—and the 27th. Any evidence of contaminated food might have been long gone by then. But this is just speculation on my part, and fortunately, since Leutner Commons did pass their evaluation, it’s confirmed safe to eat there now. I felt disappointed that the administration had not reached out to the student body sooner, especially since they were informed about the issues long before they did anything about it.

On the chance of a future outbreak occurring, though, and for the aftermath of this one, a few simple tips can keep you safe. The norovirus is transmitted either through contaminated food or drink, coming into direct contact with contaminated objects (such as door handles or keyboards) or being exposed to infected people. The most common symptoms are vomiting, diarrhea and intense stomach pain. A low-grade fever, chills, or muscle aches are also common. The CDC’s official recommendation is that if you suspect you are infected with the norovirus, stay home until symptoms have been absent for two days. This means that the best ways to stay healthy are to wash your hands frequently and to avoid potentially contaminated food. Rinse off any fresh fruits and vegetables, and be wary of consuming produce, dairy or shellfish you think may have been unsafely prepared. It’s also best to steer clear of anyone you suspect to be sick and to sanitize anything they have come into contact with before using it. Additional precautions must be taken if the sick person is someone you commonly come into contact with.

The bottom line is, food poisoning is fairly common in large institutions like universities and the norovirus is one to look out for, especially during the wintertime. Regardless of its source, the virus spread rapidly throughout campus, particularly the first-year dorms. We can only hope that something like this won’t happen again in the near future. With COVID-19 and the flu already looming above us, knowing how to recognize the norovirus’ symptoms and what to do if you become infected is important for minimizing the damage an outbreak can have. If CWRU notifies its student population earlier and everyone is educated on how to deal with the virus, the scope and symptoms of a future viral infection flare-up hopefully won’t be so bad.