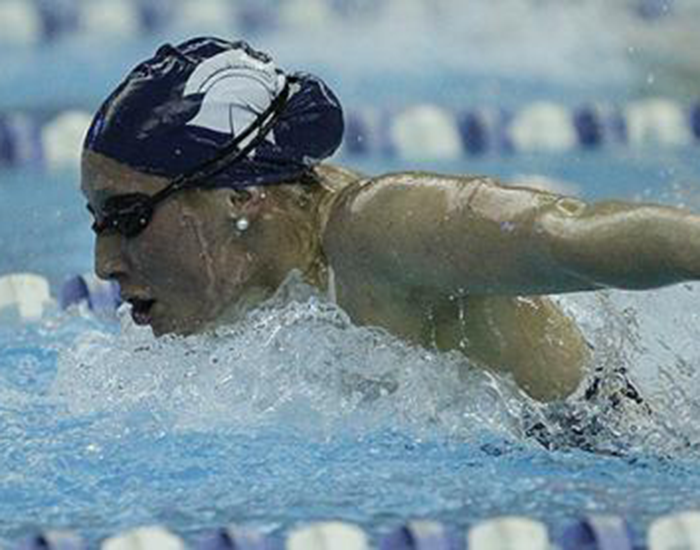 Junior captain Maggie Dillione will compete this weekend at the NCAA Championship. Dilllione is seeded fourth in the 200-yard butterfly and will look to become the program’s first All-American since 2007.

Dillione, whose specialty event is the 200-yard butterfly, competed in the 50 freestyle prelims as a warm-up for the next two days of competition. In the 50 free, Dillione swam to a time of 24.58 seconds, placing 44th overall.

The third-year Spartan is back in the pool on Thursday morning for the 100 fly, where she enters as the No. 14 seed with a mark of 56.25.
Dillione then swims in the 200 fly on Friday as the No. 4 seed with a school-record time of 2:03.20. She achieved her entry time when she won the University Athletic Association Championship in the event on Feb. 16. Senior Hannah Saiz, 23-time National Champion of Kenyon College, is the top seed in the event with a time of 1:57.32.

Dillione is the first CWRU female to compete at the NCAA Championship since Lauren Preyss earned All-American honors in three separate events in 2007.