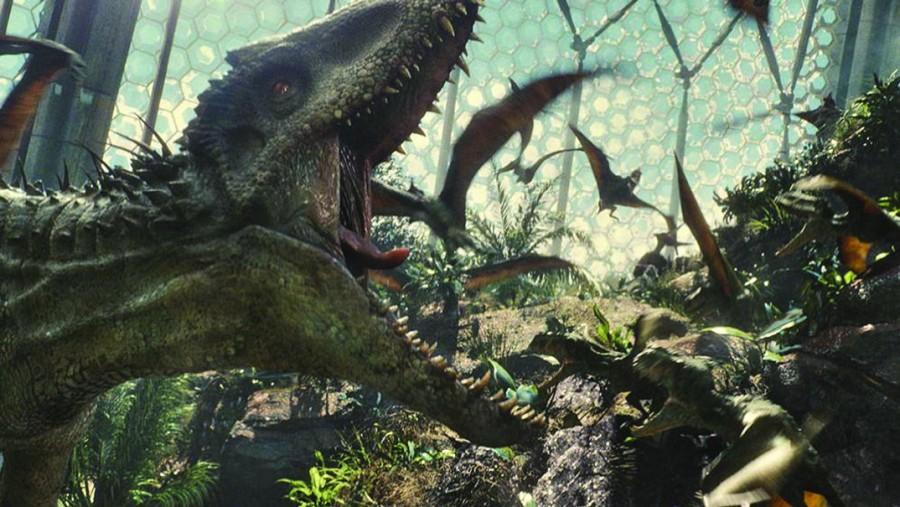 I have a confession to make, and I need you all to forgive me in advance for it: I’ve never seen “Jurassic Park.” An extreme scaredy-cat as a kid, I used to leave the theater during commercials for scary movies. No way was I ever going to get through an entire, action-packed, dinosaur fighting flick.

That being said, I was excited to see “Jurassic World” from the first time I heard about it. As I’ve gotten older and less scared (now I just close my eyes and ears and huddle in a ball during scary movie commercials, because I’m an adult), I figured I would be able to handle it. Plus, while everyone, including me, was already excited about Chris Pratt (who is, admittedly, very exciting), I learned that the film also featured “New Girl’s” Jake Johnson and the always wonderful Judy Greer, which basically sealed the deal.

The movie wasn’t what I expected. Given Pratt’s involvement, I expected a snarkier hero and a more tongue-in-cheek flick. Instead, I was faced with pretty typical action movie fare: low on the character development, high on the running and screaming. Which isn’t a bad thing, just don’t go in expecting Pratt to be his usual wise-cracking self.

In fact, Pratt was extremely underused in the film: although he was touted as the main character, his backstory and personality traits were merely teased, never fully explored. It was odd seeing Pratt in the typical, boring, man-hunk role— if you’ve got Chris Pratt, shouldn’t you use him as much as you can? It felt like he easily could have been replaced with any other hot Hollywood leading man, which was disappointing considering his wonderful sense of humor and adorable appeal.

The other characters were slightly more developed. Bryce Dallas Howard’s uptight park manager becomes increasingly compelling throughout the movie, and, although her reactions sometimes veer into Victorian woman in need of smelling salts levels of dramatic, the character is a departure from the “70’s era” sexism that Joss Whedon correctly pointed out was shown in preview clips. Her nephews, played by Nick Robinson and Ty Simpkins, are also refreshingly captivating, impressive in a world where most viewers end up rooting for the villains over a film’s annoying children.

The real stars of the film, though, are the dinosaurs. Instead of going for the typical “big animal, here to destroy humans,” plot, the film gives villain Indominus Rex an impressive amount of backstory and motivation, more than most of their human characters. The other dinos in the park range from scary to endearing, and some of the most emotional points in the movie for me came from them instead of the humans.

Overall, I enjoyed the movie. It was consistently exciting with well done action sequences and stunning visuals. Although the film missed some of the character beats, especially romantic, the relationship with its animals elevated it above typical action fare.