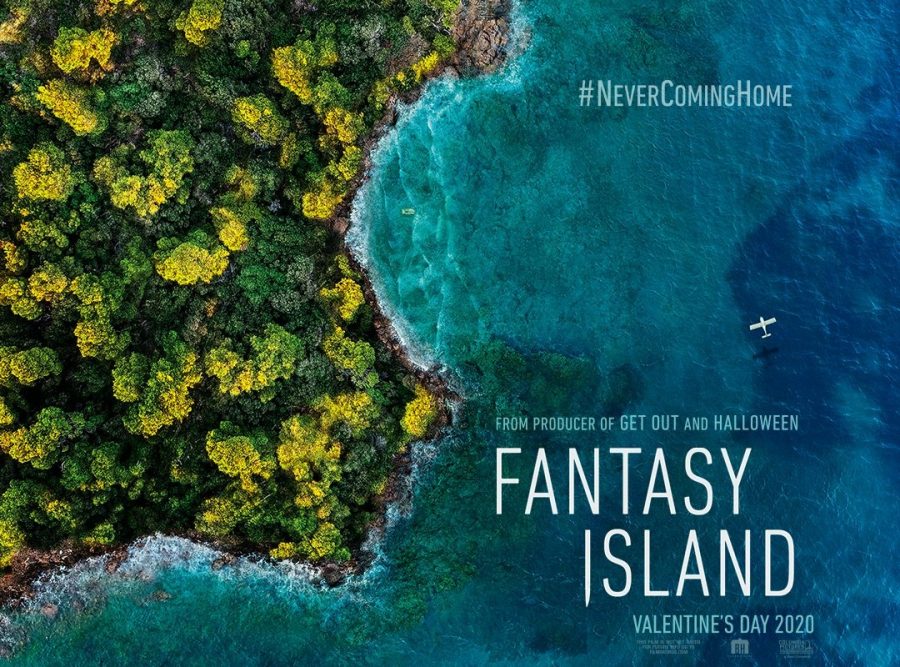 Guests of the resort must figure out the mystery behind the island, as the idyllic landscape holds horrific secrets.

Less than two years after director Jeff Wadlow and actress Lucy Hale’s “Truth or Dare” came out on Friday, April 13, 2018, the duo are back this Valentine’s Day, integrating horror into their new movie “Fantasy Island.”

Wadlow and Hale shared their experiences working on the film in an international conference call with us and several other news outlets on Feb. 12.

The original “Fantasy Island” was a fantasy drama television series with the same name from 1977 to 1984. It starred Ricardo Montalbán as Mr. Roarke, the overseer of a mysterious island that allows guests to live out their fantasies, usually imparting a moral lesson at its conclusion.

“I had an idea for a story that was loosely inspired by “Fantasy Island,” and [CEO of Blumhouse Productions] Jason Blum heard it,” Wadlow said. “He called up Sony and he got the rights and called me.”

The film version will add a horror twist to the original concept, though, which is a genre both Wadlow and Hale are familiar with and enjoy.

“I’ve always loved watching [horror],” Hale said. “My character has a great line in the movie that says ‘That’s why we ride rollercoasters and watch horror movies, because we like to feel something.’”

“I am drawn to the genre for the same reason I’m drawn to action movies,” Wadlow said. “I’m very interested in the dialogue between the film and the audience and . . . how we’re creating tension and releasing it.”

Tension and suspense are elements that are familiar to Hale, from her character Aria Montgomery from “Pretty Little Liars” (PLL).

“I feel like if they brought that show back, it should be made into a horror film,” Hale said. “It has all the makings of it.”

She credits her seven-season run on “PLL” with preparing her for future roles like Olivia Barron in “Truth or Dare” and Melanie Cole in “Fantasy Island.”

“One thing that you do very well is you understand the dance between the actor and the camera,” Wadlow compliments Hale. “…All that matters is what the camera perceives, and I think having been on [“PLL”] for so many years [has helped hone that].”

Also evident is the comfortable relationship between Wadlow and Hale, who were constantly bantering and bouncing off each other, as well as the tremendous respect they have for each other. When asked “what do you like best about working with each other?” Hale asserted, “I don’t like anything about working with Wadlow.”

“[Wadlow] is the hardest-working man in Hollywood and I’m just indebted to him because he’s given me not one but two shots at, you know, taking on characters I’ve never played before,” Hale continued. “And [he] understands [horror] more than anyone, probably.”

“. . . I like to approach each day almost like it’s a professional sporting event and we’re like out there to win and make the most interesting choices and get the most compelling footage possible,” Wadlow said. “And what we see is a superstar athlete. [Hale] is like the Michael Jordan [of acting].”

With this attitude, it’s no wonder “Truth or Dare” was a box office success, garnering $95 million, with a $3.5 million budget.