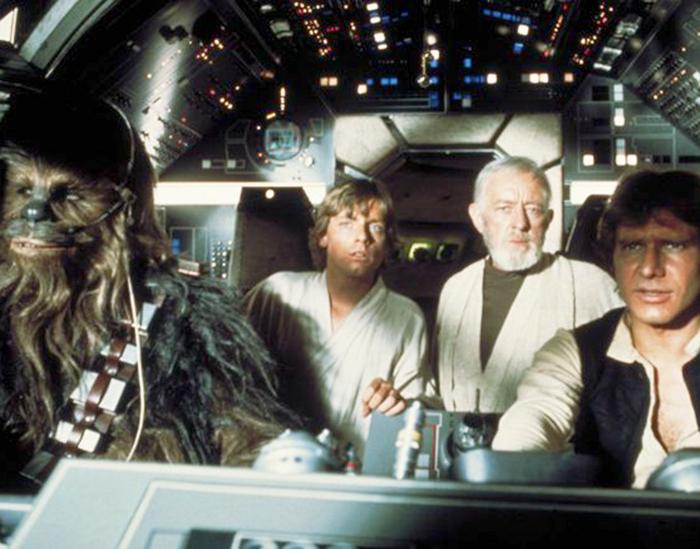 The holiday season is fast approaching. The Cleveland weather has turned miserable overnight. Pretty soon, lethal-sized icicles will form on the eaves of the Peter B. Lewis building, a festive joke from that wily trickster Frank Gehry. And next weekend is Thanksgiving, the traditional start to the winter holiday season. But something seems off this year: it looks like Christmas is coming early for a lot of people. For starters, commercials are already using Christmas carols. I know very little about the world of fashion, but I am pretty sure that there is some rule about not wearing white clothing after Labor Day. Similarly, there is an unwritten, but widely accepted rule, that Thanksgiving is the official start of the festive winter music season. Those marketing teams only have a few weeks left to turn away from the dark side.

Speaking of turning to the dark side, the recent acquisition of George Lucas’s media empire by Disney is a brilliant move for both parties. Star Wars is a media franchise that will exist until the collapse of civilization, and no company will be able to better leverage the full universe of characters as the Disney machine will. At the center of Star Wars is a modern parable of what happens when a once noble man allows power to rush to his head, destroying all of the good will he has spent decades building by attempting to create a singular, perfect vision that the universe neither wants nor needs. Of course, this loose description of Sith lord Darth Vader can also apply to the real Emperor Palpatine, George Lucas. The best thing about the Disney deal is that George Lucas won’t be allowed to touch and mess up this new trilogy. The recent announcement that “Toy Story 3” and “Little Miss Sunshine” scribe Michael Arendt will be the first writer to work on these new films is a promising sign. You don’t need a midichlorian readout to see that the force is strong with this writer. There is no reason why this movie cannot succeed, as long as Disney lets talent and storytelling triumph over ego.

Karma moves in mysterious ways. As awesome as new Star Wars will be, the next movie won’t arrive in theatres until 2015; until then, we have to put up with some terrible things to keep the universe balanced. Fans of NBC’s “Whitney” will get new episodes this week, not that any of you care. I don’t have access to Nielsen data, but I’m willing to bet that your average “Whitney” viewer is illiterate. As much as Jar-Jar Binks haunts the childhood memories of our generation, this decade’s children have it so much worse. They have Whitney Cummings to destroy their innocence and there is no amount of rebooting or reimagining that can ever change that.