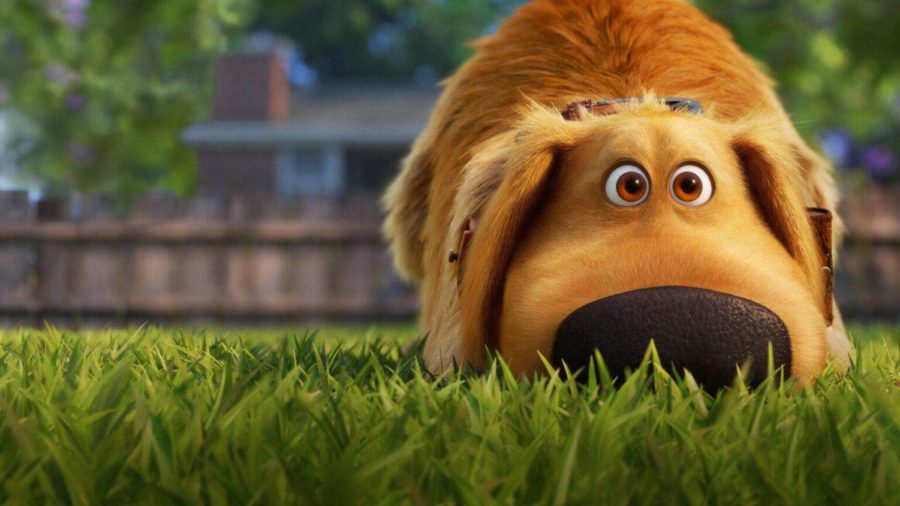 After more than a decade’s long absence, the beloved characters from Disney Pixar’s 2009 film “Up” return to the screen in their own series of shorts called “Dug Days.” Released on Sept. 1, the five episode series follows the delightful backyard adventures of Dug, the ever-chatty golden retriever, and Carl, his curmudgeon-turned-friendly master, as they settle into their new life in suburbia.

Written and directed by award-winning director Bob Peterson, who also voices the titular canine, this series of eight-to-eleven minute episodes effectively conveys Pixar’s quintessential lightheartedness and sentimentality. Part of this is due to these shorts being seen through the eyes—and nose—of Dug himself, with his dog thoughts charmingly vocalized. But, it would be amiss to leave out Carl’s role in this series (voiced by the late Ed Asner), as his gruff yet sincere demeanor juxtaposes nicely with Dug’s simple loveableness. Together, the two form an endearing pair and embody the classic notion of man and man’s best friend. The fact that throughout the series Dug makes the choice to refer to Carl as “Poppa,” further—and adorably—strengthens this bond.

In each episode we see Dug manage to explore the many sights, sounds and smells that exist in and around his backyard and neighborhood. In the first episode, entitled “Squirrel,” Dug has to deal with a pesky squirrel who taunts him with its very existence while he guards Carl’s bird feeder. In “Puppies,” Dug learns that puppies, while cute, can be quite a handful (or pawful) when the neighbor’s puppies come over for a visit. “Smell” sees Dug desperately trying to discern the identity of an unfamiliar scent. In “Flowers,” the episode portrays a crazy and frightful dream that Dug has during his first experience with fireworks. And, finally, “Science” reunites us with our favorite Wilderness Explorer Russell as he tests out new, voice-activated collars on the squirrel from earlier and a bird so that Dug can communicate with them.

One thing that I love in this series is the subtle cohesiveness that it has with the original film. The opening credits, for instance, show Carl and Dug selling the “Spirit of Adventure” blimp that they commandeered at the end of “Up,” in order to finance the purchase of their new home. Also, in the introduction, as we are introduced to their home, we see Carl place a framed photograph on the mantle of him and his late wife Ellie on their wedding day, referencing their deep-seated connection that the original film focused on. Even Dug brings back some of his old familiar sayings in this series, and delivers them in his typical, Dug-like way. Quotes like “Squirrel!,” “I just met you, and I love you,” “Point!” and the ever brilliant joke (to him) about the “squirrel getting dead” takes me back to times watching  “Up” as a child, still laughing as hard now as I did then.

It is that feeling of joyful reminiscence that I feel “Dug Days” so beautifully captures. Even though this is a new short series with different locations, storylines and a far superior animation quality, these characters are just as endearing and classic. Their timeless voices, attitudes and mannerisms just have that indescribable, nostalgic feeling ingrained in them, reminding us of the best parts of our childhood. That’s why, for me at least, seeing Dug and Carl again was like seeing old friends and picking up right where we left off: nothing complicated, just friendly familiarity.

By offering a heartfelt, comedic view into the mind of a sweet canine companion, these short, fast-paced episodes not only capture smiles and hearts alike, but also cause viewers to reflect and cherish the simpler things in life. So, if you’d like to reconnect with Dug and Carl through these wonderfully composed slices of life, check out “Dug Days” on Disney+. You might just have a paw-some time.