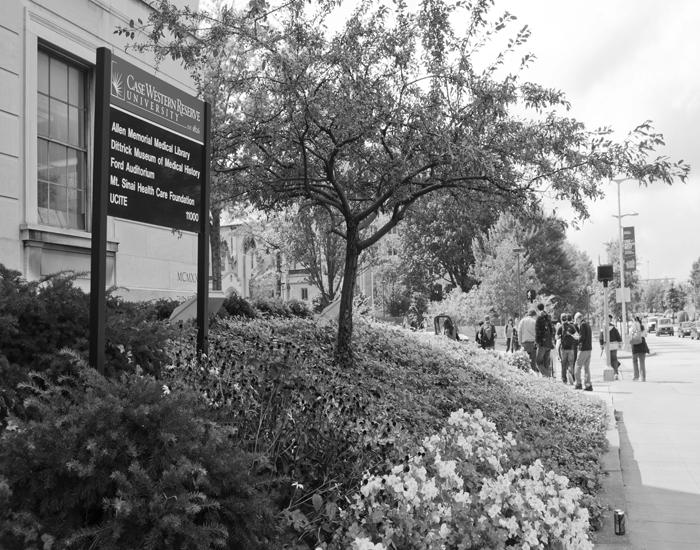 Contraception has been an issue of vast and complex controversy across the U.S. and across the world. Debates have been extremely heated and sometimes even deadly. Despite this, the scientific progress of contraceptives has continued; today we have emergency contraception, more commonly known as the “morning-after pill.”

The pill’s history is a hazy and misunderstood topic in the minds of the American public. Heather Munroe Prescott, Ph.D. visited Case Western Reserve University to discuss the history of contraception before students, staff, and faculty in Ford Auditorium this past Thursday, Jan. 19.

Prescott came to the CWRU campus from Central Connecticut State University, where she is a professor of history and a researcher of women and children’s issues in the U.S. She has also published two books, Student Bodies: The Impact of Student Health on American Society and Medicine and A Doctor of Their Own: The History of Adolescent Medicine.

Prescott’s interest in the topic derives from an interesting standpoint: her own birth was a result of an oral contraceptive that failed. When she attended college as a pre-medical student, she discovered that her true interest resided in the history of medicine.

Prescott began her talk with a discussion of three men, known as “the Fathers of the Pill” – Drs. Gregory Pincus, Min-Chueh Chang, and John Rock. They worked on and tested an oral contraceptive that eventually proved successful. Later, other doctors would labor to find better hormonal contraceptives.

These scientists initially had only rape victims to test their drugs, but female college students would soon step up as volunteers. These students took on a role more advanced than that of a guinea pig: they were empowered supporters who not only tested the drugs, but also spread the word about this revolutionary new medicine. In fact, students at McGill University in Canada made the first birth control guide.

But the movement faced difficulties when the feminist movement raised serious questions on the practices of birth control testing procedures. There was also a host of inquiries by the health industry, one of the most well-known cases being the Tuskegee Syphilis Experiment.

These and other factors demoted public knowledge of “the pill,” giving it the label of the “nation’s best-kept secret.” Later on, the support for contraception and other feminist issues would unify under the anti-rape movement, giving emergency contraception the publicity it needed to become better known to American women.

Prescott’s presentation, entitled The Morning After: A History of Emergency Contraception in the United States, was hosted by the Dittrick Medical History Center. The Dittrick is home to The Percy Skuy Collection, the world’s most comprehensive collection of historical contraceptive devices.

Guided by chief curator and university faculty member James Edmonson, Ph.D., the museum has entered a new chapter of recent gallery additions and unique lecture events. “People usually encounter the medical world when they are sick,” Edmonson explained. “The gloomy experiences they often have colors perceptions of what medicine has to present. Medicine is a fascinating world and that is what we are trying to bring to the floor through our exhibits and our lectures.”