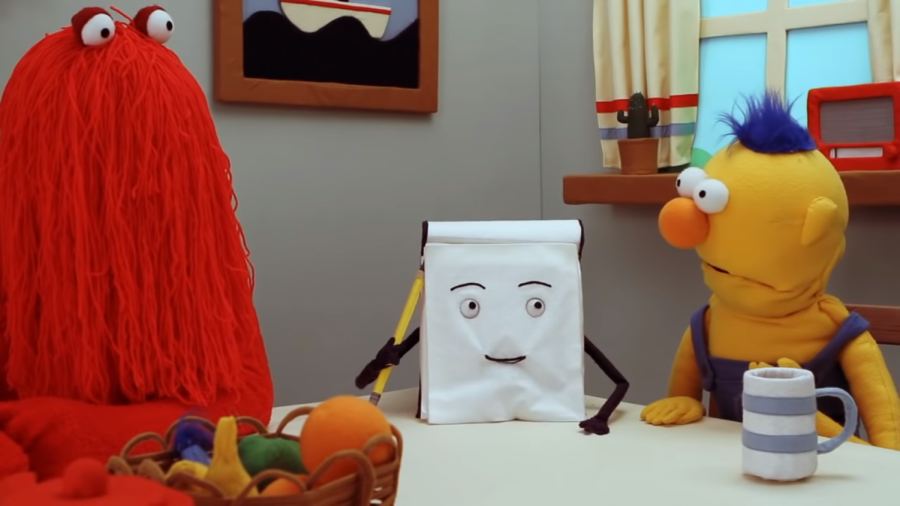 Screenshots from the first video

Your favorite surreal horror comedy series is back for a second season.

The psychedelic horror-comedy series first gained popularity in 2011 through its sheer shock value, gaining more than 180 million views over its six episodes.

The series first presents itself as a children’s show through its use of Muppets-style felt puppets and “educational” value, in which the characters are being taught the importance of being creative, dreams and time. However, the show quickly turns disturbing with graphic imagery.

What keeps people coming back to watch the series, even after being aware of shock value, is the underlying message that for-profit interests—such as advertisements—have corrupted children’s shows.

The web series follows three characters, Yellow Guy, Red Guy and the Duck, on a children’s show produced by Red Guy. Through the episodes, the series is sabotaged by Roy, the show’s financier and Yellow Guy’s father. Roy undermines the creativity and the direction of the show by using it to sell his own products.

This new season, however, seems to move away from this theme, but still sticks to its popular children’s show-turned psychedelic horror formula that has led to its popularity.

Unlike the previous episodes, which were distributed through YouTube, the new season is pitched as a TV series. The new series will be produced by Blink Industries, who produced the original shorts, and Conanco, Conan O’Brien’s production company. Through Conanco, the creators aim to bring the show to a U.S. audience. The creators, Becky Sloan and Joseph Pelling, have created a speculative pilot and are currently pitching it to various streaming or cable networks.

Many fans have argued that the new season is about the modern political climate in America, especially about the presidency of President Donald Trump. In the new season, the Mayor of Clayhill has disappeared, leading to a power vacuum in the town. The Duck, who represents Trump, has taken power in Clayhill and established a surveillance state. The Duck then blames the death of the mayor on the Red Guy and locks him out of the city.

This new season seems to take on new content material and themes. Despite a similar format to the first season, the new series cannot rely too heavily on the previous sudden shift that it used in the previous season, especially considering that it has moved to a broadcast format.

Instead, the new season must be nuanced and tackle the themes in a tasteful, yet detailed way. However, this is exactly what the first season did well. The joy of watching the series is that there is always something more to be discovered upon rewatching the videos.

The series will be featured at the Sundance Film Festival in Park City, Utah, from Jan. 24 through Feb. 3, but a TV broadcast date has not been set.