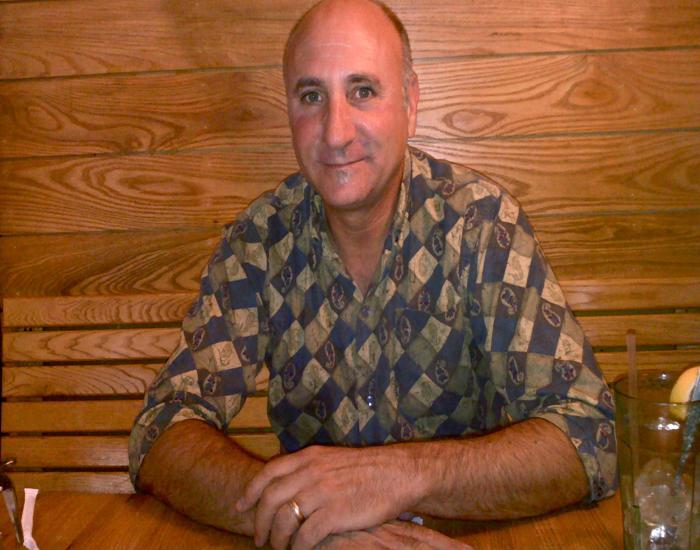 “Don’t, don’t, don’t pour it. Every person who thinks they can pour it spills it.” Sitting down in a booth at Tommy’s Restaurant on Coventry Road, Steve Presser, Coventry Marketing Director and owner of Big Fun Toy Store calls over Diane, who pours a milkshake with the finesse only an experienced waitress of nearly 20 years could have. “I have too many people who slouch and spill and all the other things you’re not supposed to do,” he goes on.

Diane was the same waitress who had instinctively offered him an iced tea with honey when he walked in. It’s the regular drink for Presser, who is clearly a well-connected guy and seems to embody the spirit of Coventry. In what seemed like an hour of sitting at Tommy’s, he recognized every other person who walked in and also happened to know all of their life stories.

Perhaps the reason he’s interested in everyone else’s story is because his own is so intriguing. He studied to go to medical school but ended up doing everything from providing care for people with disabilities in San Diego to working as a stockbroker at Paine Webber. He describes how he wore a suit and tie every day for seven years as he points to the wild yellow and purple top he has on now. Unsurprisingly, he goes on to say “It just wasn’t my thing.”

He encourages the same sense of exploration in his kids. That day, he had dropped off his son at the airport for a trip backpacking across Europe, something Presser himself had done when he was a junior in college at the University of Michigan. He refers to his time in college as an awakening. He says it opened his eyes to art in the world and broadened his perspective.

The other big epiphany he has had in his life was in 1990 when he a store in Chicago inspired him to open up Big Fun. “The best way I can describe it is it’s like the first time you saw Wizard of Oz and it went from black and white to color. And you had that moment of…” he stops to make an exaggerated face, clearly at a loss for words “…and then it was all over.” The owner of the Chicago store, called Goodies, became Presser’s guru in life and even came up with the name for Big Fun.

Just like him, Big Fun has moved around since its opening 22 years ago but has always stayed on Coventry. As the imaginative toy store found its place, Presser became more and more involved in the community. He became involved in the Coventry Village Special Improvement District, which allocates funds for maintenance and improvements for the area. He’s been working as the Marketing Director for Coventry for the past year and a half.

As an active member of the Coventry community, Presser has also learned about the history of the neighborhood. “In the olden days, you’d have a business below and live in the apartment above…they had a poultry place, a fish place, a meat place, an egg place. Literally an egg place,” Presser describes. In the 1960s, Coventry transitioned into what Presser calls the “Haight-Ashbury of the East” as hippies and intellectuals moved in.

“We used to have a place called the Generation Gap. It was the first place you got bell bottoms.” Presser pauses with a solemn face as he says that the owner, whose son he grew up with, recently passed away. Coventry has seen a lot of change over the years. Recently, it has added big name businesses like Jimmy John’s and American Apparel to the neighborhood. Presser emphasizes the importance of shopping locally and from independently owned stores, but recognizes the need for big ones as well. “You have to appeal to everyone. You can’t go to extremes. You can’t just sell to certain people…you have to live in the gradients between extremes.” Still, Coventry offers the greatest collection of independent stores for miles around. In some ways, Presser models Big Fun after Coventry itself.

“People can go to my store and find items that I sell that are brand new that I get from a distributor and they can take the information and try to open up a store. Yeah, it might be the same feel but the onesies are pretty difficult. The onesies make it special,” Presser says, referring to the unique items he finds from old warehouses and people’s basements.

That day, he had bought a box of ET and Alf trading cards from someone’s personal collection. “I find stuff that had its run 30 or 40 years ago,” he describes. “I’m a modern day archaeologist.”