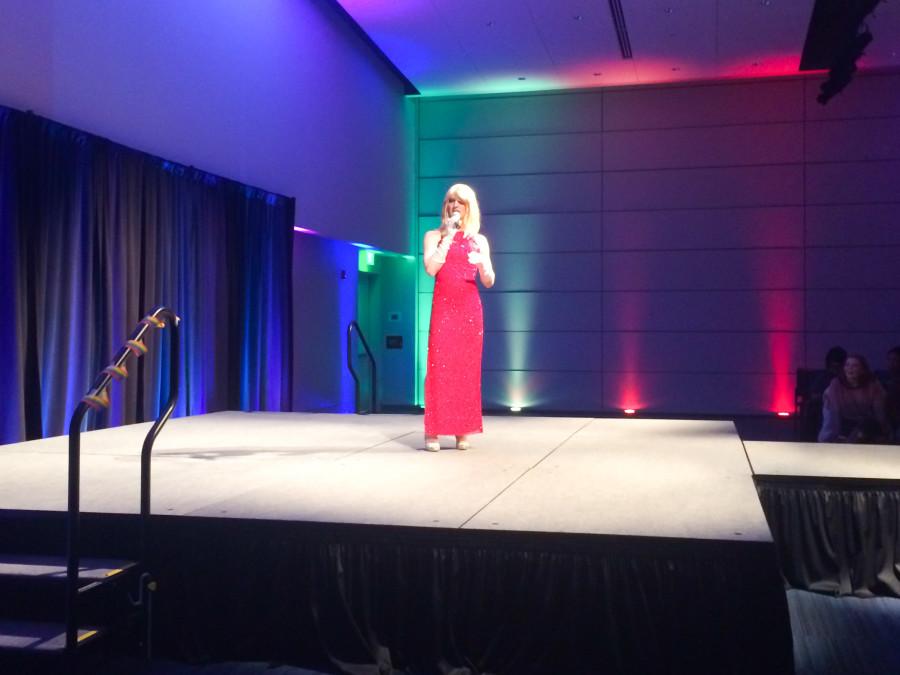 Held on Friday, Feb. 12, the Case Western Reserve University Drag Ball promised to break transgender stereotypes and donate all its funds to the LGBT Center of Greater Cleveland. Without a doubt, the event delivered on this promise and provided extra sweet surprises.

Having never seen a drag event live, I was interested to see how the students of CWRU change their personas while strutting down the runway or lip synching.

The student performances exceeded my expectations. The performance was more than just dress-up—each of the performers gave it their all, from their outfits to completely embodying their personas. What surprised me the most was that six out of the eight performers identified themselves as she/her/hers. It never occurred to me that the drag performers didn’t have to be male.

“For me, the stars of the show were definitely the students that participated,” said first-year student Amanda Smith. “Their energy was what made it fun to watch.”

The first part of the show was the runway portion, and it definitely caught my attention from the first second. Vivi Vendetta (Vinvcenzo Volpe), a second-year music and biology double major, walked onto stage in a killer red dress and sparkling silver heels I would never dare to walk in. Complete with a blond wig, makeup and gloves, Vivi was stunning. Following our only contestant that identifies as he/him/his, the rest of the performers impressed me with their ability to portray themselves as males/genderless, from the fake facial hair to the way they walked.

Without a doubt the best part of the event was the lip syncing. Each performer was distinctly different from the next and gave different energies to their performances. They all got on stage with a huge amount of bravado and confidence. Song selections ranged from Lady Gaga to Queen, providing the audience with a range of performances.

When Vivi Vendetta started her act by saying, “I’m a flute player, and I’ve been told I’m really good at blowing,” the room filled with laughter. Rounds of applause and overall excitement erupted from the audience when Stone Hardman (Jill Stone) ripped off his shirt to reveal all the major feminine parts were being held down with tape and painted on chest hair.

The actual contestants weren’t the only ones who gave performances. The audience was able to participate in mini contests on stage, including a lip sync battle to Beyoncé and Adele, heel strutting contestant to Nicki Minaj and a dance battle. All genders partook in the event and it was a site to see. It was unbelievable just how much energy the crowd gave when first-year nursing major Whitney Hom first hit the stage in the heel strutting contestant and when the girls on Team Beyoncé danced to “Crazy in Love” in perfect harmony.

In addition to the student performances, professional drag Queen “Lady J” got on stage and delivered an “Alice in Wonderland” act. While it was very entertaining and I was impressed by her ability to dance on such high heels; it just wasn’t the same as the student acts. The student acts gave a lot more energy and captivated my attention more.

Other students enjoyed the general atmosphere. “I really enjoyed Drag Ball. It was my second year going and I liked the atmosphere and the acceptance of everyone,” said Alexis Rios, a third-year student. “There was nothing bringing it down and I feel like there is a lot of controversy around gender and gender identity, and here everyone accepted everyone and there was good energy and good vibes and Lady J was pretty amazing to see.”

Overall, the event was a great showcase of the diversity and talent CWRU’s student population has to offer. The Drag Ball truly is for everyone, whether one identifies as a part of the transgender community or not. In the end, this event not only broke down gender barriers but raised over $200, money that the will go to the LGBT Center of Cleveland.