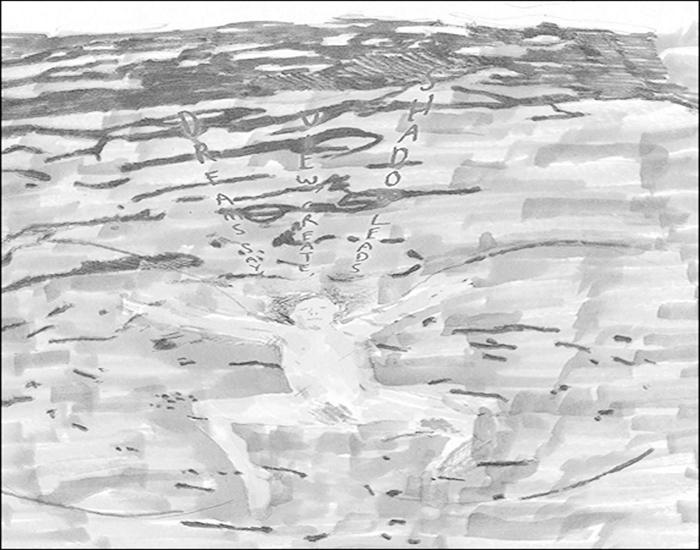 Wong, formerly the guitarist for Ponytail, is the only musician that appears on Dreams. His vocals don’t appear until halfway through the final song “Diagonally Talking Echo,” some 55 minutes from the start of the album. The music up to this point is all Dustin Wong’s guitar, with some rare percussion. Wong’s looping pedal could justifiably be called another instrument on this album. Each track features at least half a dozen different guitar lines layered on top of each other. Most of the tracks follow a similar structure, starting with a single guitar line, whether it’s a plodding one-note line or a continually widening chord. From here the tracks build, with Wong adding guitar after guitar after guitar. Sometimes a bass makes an appearance; often the tracks build to a climax and end abruptly, with no resolution, the next track starting over again with a single guitar line.

Despite Wong’s technical proficiency and compositional skill (or maybe because of it), the best thing about Dreams Say, View, Create, Shadow Leads is how well it rewards repeat listens. One listen is not enough for this album. Five isn’t even enough, probably. The more you listen, the more you realize how perfectly the album flows.

It is perfectly sequenced, with suites of songs appearing as you listen. Melodies, ideas, and riffs come and go, reappearing throughout the album. Every time you listen, you can hear something you haven’t heard before. Put on some headphones, press play, and get familiar with one of the best albums of 2012 so far.