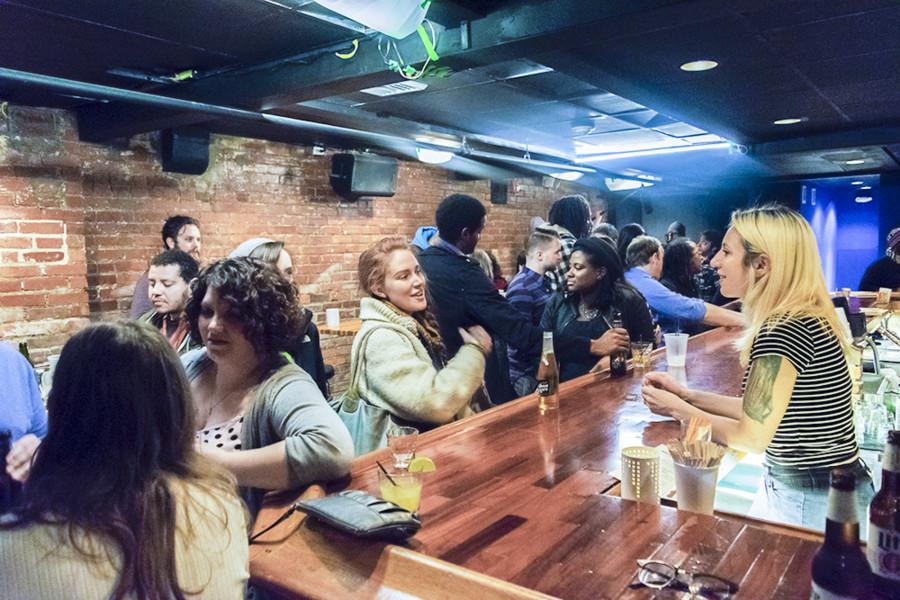 The small basement of the Euclid Tavern was busier than ever at "Drunk History's" Q&A session with local Clevelanders.

On Monday, Jan. 12, “Drunk History” filmed new content in Cleveland’s own Euclid Tavern. The show took place in the basement, because the producers made the unfortunate decision of scheduling the show during an Ohio State football game. While crowds erupted upstairs, actors fielded a number of blunt and witty questions to Cleveland residents waiting below.

The show premiered in 2013 on Jul. 9, and is based on a popular webisode series. It will soon begin its third season under Comedy Central. Cleveland will be part of the third season and features a number of conversations between the actors in the show and civilians, as well as some information about the city as well.

The setting in the Euclid Tavern was dim and coarse, with its worn bricks lining the walls of the basement. Just one woman operated the barkeep, keeping actors and guests happily entertained with drinks. At one point, show creator and star of “Drunk History” Derek Waters began interviewing Clevelanders about how they like their city. As the partners exchanged remarks, the actor suddenly drifted totally off topic; a result of a combination of his intoxication and dedication to his craft.

“My spirit animal is a worm,” said Waters spontaneously, as people listening around the bar laughed.

His conversation about Cleveland had turned to something different (and a little more incoherent) altogether. People in the bar all jostled in line for a chance to be part of the show.

Waters, a 35 year old actor and comedian, has been travelling around the United States with his crew to find places with interesting history where they can share a pint and speak with some locals. The trip stopped at Miami and New Jersey, before making its way to Cleveland.

These specific segments were not for episodes, but rather to be added on as interview extras in season three of “Drunk History.” Their goal in Cleveland was simply to interview as many people as they could to get funny or interesting bits in the few hours they filmed in the tavern.