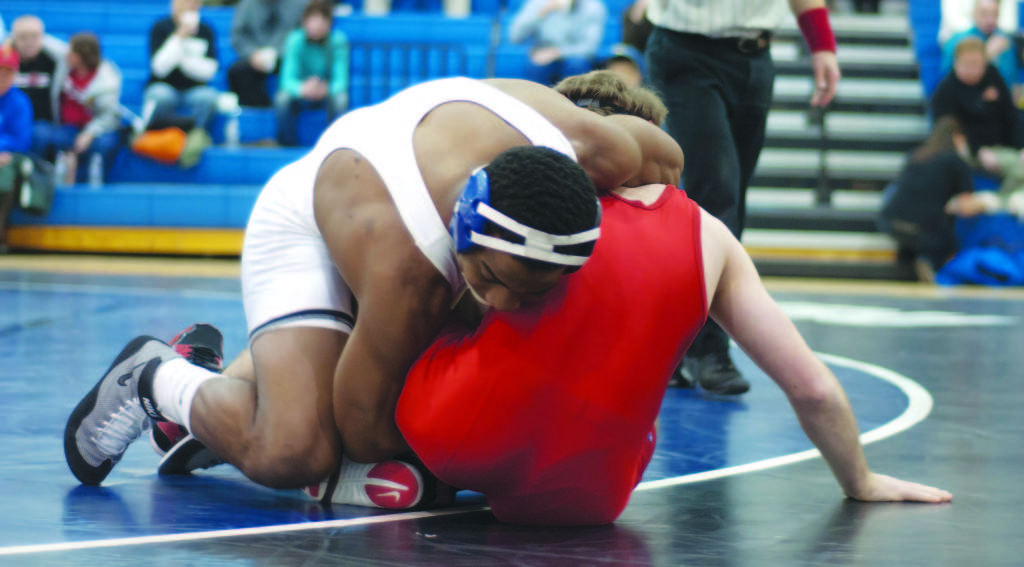 Senior Isaac Dukes will be returning to the NCAA Division III wrestling championships to compete for the Case Western Reserve University men’s wrestling team. After a runner-up showing at the Midwest Regional Championships on Feb. 25, Dukes secured a wild card selection to compete in the 157 lb. weight class at the national championships, which take place today and tomorrow at the University of Wisconsin, La Crosse.

As many fans know, the Spartans defended their home turf two weekends ago at the Midwest Regional Championships, which served as the qualifying tournament for several schools around the area. The individual winner of each weight class bracket moved on to wrestle at nationals. Olivet College qualified five individuals from the regional. Although Dukes did not win his weight class, the judges noticed his efforts and awarded him a wild card selection, giving him a chance to compete at nationals for the fourth straight time.

Dukes will compete in a tough 157 lb. weight class. With 18 competitors from across the country, he will face an uphill battle in the bracket. This is not unfamiliar territory; Dukes was a wild card selection three years ago.

Dukes enters the national competition outside of the top 10 individual rankings in the 157. Senior Orlando Ponce from Augsburg College enters as the top-ranked individual. Last season, Ponce made it to the championship match, and secured All American honors. Other big names in the competition include Trine’s Elias Larson, who won the Midwest Regional Title by defeating Dukes in a 4-3 decision. Larson placed third in the 157 lb. weight class at nationals last year.

At this level of competition, Dukes’s experience at the big stage will prove invaluable. “This will be my fourth straight time, and it feels more special than the rest mainly because of how hard this season has been for me and my teammates,” he said. “The competition will be tough. Eighteen wrestlers start, eight become All-Americans, and one becomes champion.”

While the Spartans have no chance at the team title, the battle for the national championship should not be overlooked. For the past 17 years, either Wartburg College or Augsburg has won the team title. This year looks to be another clash between the two powerhouses. Wartburg individually qualified 10 wrestlers to the national championships, one in each weight class, and Augsburg will bring eight. Other large teams in the hunt will be Coe College, who qualified eight wrestlers, and University of Wisconsin-Whitewater, who will bring six.

Wartburg is the No. 1 ranked team coming in, with a 19-1 dual match record this season. Host University of Wisconsin-La Crosse (18-2) and Coe College (11-3) follow with the No. 2 and No. 3 rankings, respectively.

The action kicks off at 11 a.m. today with Session 1, followed by Session 2 in the afternoon. Championship semifinals and consolation semifinals follow on Saturday morning. The championship matches will take place at 7 p.m. on Saturday.