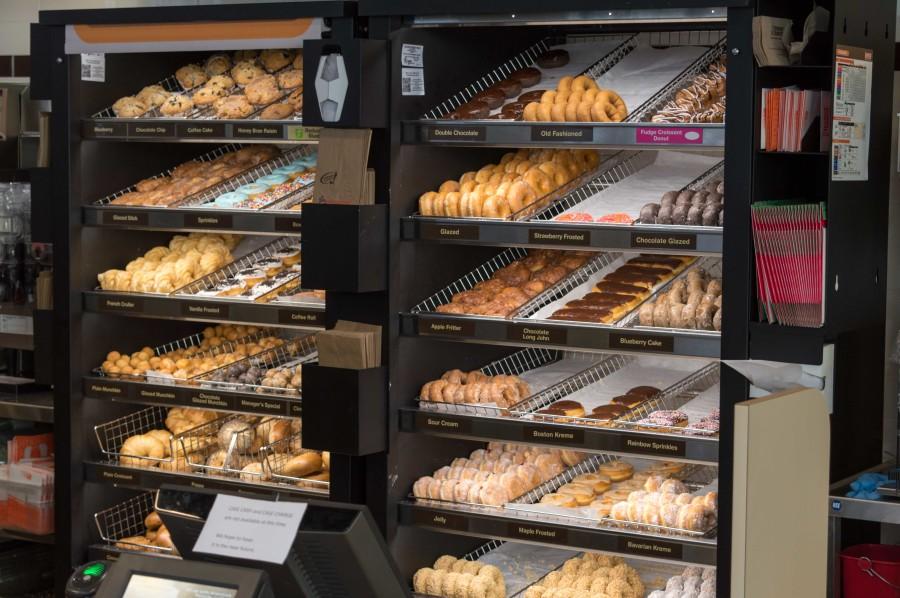 Earlier this month, a full-service Dunkin’ Donuts opened next to the Case Western Reserve University Bookstore. It replaced the Starbucks which had previously been there, less than half a mile from two other Starbucks locations.

Although it is run by Bon Appétit Management Company, the Dunkin’ Donuts has the same menu and services as other Dunkin’ Donuts across the nation. The new location has also been updated with digital signs, the latest point of sales system, and state of the art equipment.

“It’s really chic and nicer than the one by my house,” said first-year student Katie McCormick. “It’s fully updated as all the other [Dunkin’ Donuts] are trying to be.”

“Everything that Dunkin’ has nationally will be here,” said Jim O’Brien, resident district manager of Bon Appétit. “We have so many franchises—everything from Starbucks to Peet’s Coffee & Tea—so we were very excited to have this.”

The donut shop was built with students in mind. There is more seating and space to move around and there are more tables than before. CaseCash is also accepted, as it is in any store run by Bon Appétit on CWRU campus.

“Business has been really good and a lot better than the Starbucks that was here,” said Assistant Manager Donald Spak. “Even in these days of snow and ice, we see students come in.”

“We have all the same items as all other Dunkin’ Donuts shops have, including the new and seasonal items,” said Spak. This includes the new Fudge Croissant Donut.

Students have been looking forward to its opening since last semester.

“We were really excited about it opening,” said first-year student Sierra Gray. “We saw the sign on the door last semester and started looking forward to it that day.”