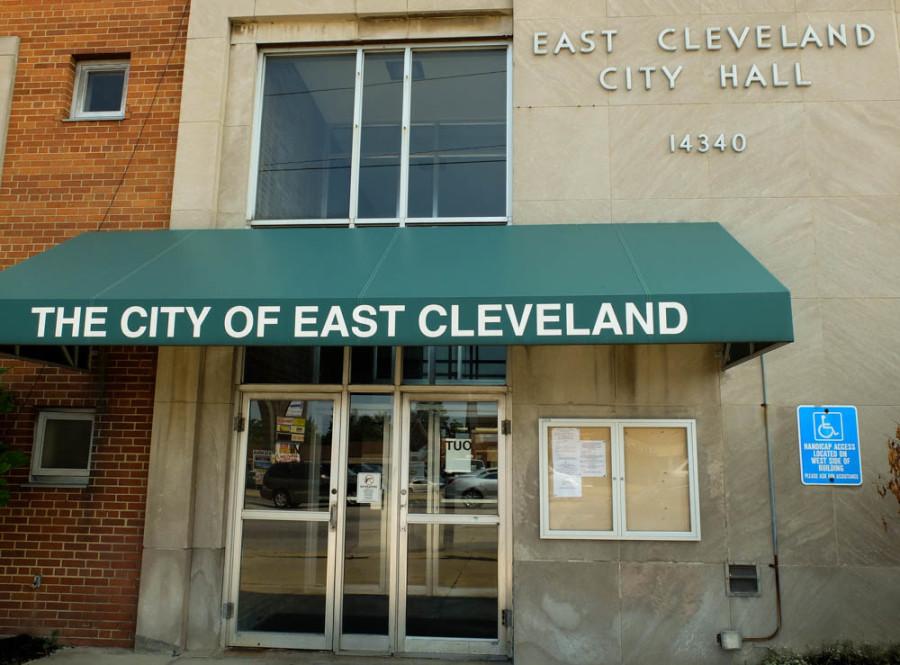 East Cleveland's mayor, Gary Norton, supports the proposed merger, saying that the city should "at least consider publicly and formally the merger with the city of Cleveland."

East Cleveland’s possible merger with Cleveland isn’t only controversial in the larger city. East Cleveland’s leaders are split on whether they should join their neighbor to the west.

In July Cuyahoga County’s Board of Elections verified a petition for Cleveland to annex East Cleveland, signed by voters in East Cleveland.

The merge was suggested to improve city infrastructure in East Cleveland, where revenue continues to diminish. Currently, many residents see the division between East Cleveland and Cleveland as gentrification.

“What appears in the best interest is to at least consider publicly and formally the merger with the city of Cleveland,” said East Cleveland Mayor Gary Norton.

“At this point we’d ask our council to be responsive to the will of the people who followed the law and to at least allow the exploration of the option, because no civilization in the history of mankind has ever improved by refusing to look at an option that could be beneficial,” Norton continued.

Michael O’Malley, director of media relations for Cleveland City Council, said that that council is willing to consider the merger.

Cleveland City Council Chief of Communications Joan Mazzolini said that it is rare for two independent municipalities to merge like this. “This mainly occurs with cities and townships,” said Mazzolini.

According to Ohio Revised Code, the first step in an annexation of municipalities is the submission of a petition of residents who voted in their city’s last municipal election. In order for the petition to be successful, at least 25 percent of the eligible residents must have signed it. For East Cleveland, that means that it needed a minimum of 559 signatures.

Norton submitted this petition on July 15 to the Cuyahoga County Board of Elections to verify that each signature corresponds with a recent voter in East Cleveland. On July 20, the petition was confirmed to contain 827 valid signatures and submitted to the East Cleveland City Council.

Ohio Revised Code further outlines that once the petition has been verified and presented to them, the East Cleveland City Council has 30 days after the petition’s presentation to pass an ordinance of its intentions to enter negotiations and to select three commissioners to represent the city in the subsequent negotiations.

In response to the petition, the East Cleveland City Council passed a resolution to invalidate the petition for failing to comply with the Ohio Revised Code.

“The mayor’s office thinks we’re slowing down the annexation process, but we’re not,” said East Cleveland City Council Member Nathaniel Martin. “The petition that were turned in was fraudulent. There’s language missing. There’re [extraneous] attachments. And we took the petition to the county prosecutor, and it’s currently being investigated by the Sheriff’s Fraud Unit.”

According to Martin, while “the board of elevations verified the signatures [had the correct names]…they didn’t affirm the authenticity of them.”

Martin also noted that the petition is also supposed to contain details on the punishments for signature forgery, which it did not.

Martin said that he sees no benefit in this annexation, since the City of Cleveland has similar financial troubles, and a merger would make it harder for East Cleveland residents to contact their representatives.

“I’m opposed and the majority of council is opposed because we don’t see a benefit from Cleveland,” said Martin. “We feel one of the driving motivators is it’s not so much of an annexation or merger, it’s a takeover.”

The East Cleveland City Council’s current course of action will be to target what Martin describes as “Norton’s mismanagement of the city,” and they plan to enact increasing pay cuts for government employees. Martin expects to save $100,000 via pay cuts.

“The mayor makes $40,000 a year and has people in his office making $70,000 a year,” said Martin. “And there’s not that much going on there for someone making that kind of money. There have got to be cuts.”

In previous years, East Cleveland has had an operating budget of $30 million, but currently it operates on $10 million.

Martin offered another solution dependent upon the Budget Stabilization Fund established by Ohio Governor John Kasich. “He’s got $2 billion,” said Martin. “It’s just sitting there collecting interest for these kinds of situations. All I’m asking for at this point is that if we can get $30 million from the governor, we think we can get out of this storm in five years with the cuts that we’re making.”

“This cutting can only last so long,” said Norton. “And people need police protection. People need fire protection and EMS. And they’re going to need those services whether there’s a city of East Cleveland or not.”

Ohio Auditor of State David Yost expressed similar sentiments in a letter to the Ohio Planning and Supervision committee. He warned that “the city is on the verge of collapse.”

If successful the City of Cleveland will similarly supply their own three representatives for this council and the six individuals will have 120 days to assess the feasibility and plan out the necessary steps for an annexation.

“It does make the most sense for East Cleveland,” said CWRU first-year student and Cleveland resident Andrew Wiecek. “The fiscal solvency of Cleveland is something East Cleveland could benefit from.”

Professor at CWRU and Co-Director of the Center on Urban Poverty and Community Development Robert Fischer expressed concerns about the future of East Cleveland.

“I don’t see any other options for East Cleveland,” said Fischer.

If the suit is successful and the council obliges, the issue to annex East Cleveland by the City of Cleveland could be on the voting ballot as soon as the March 2016 Ohio primary.