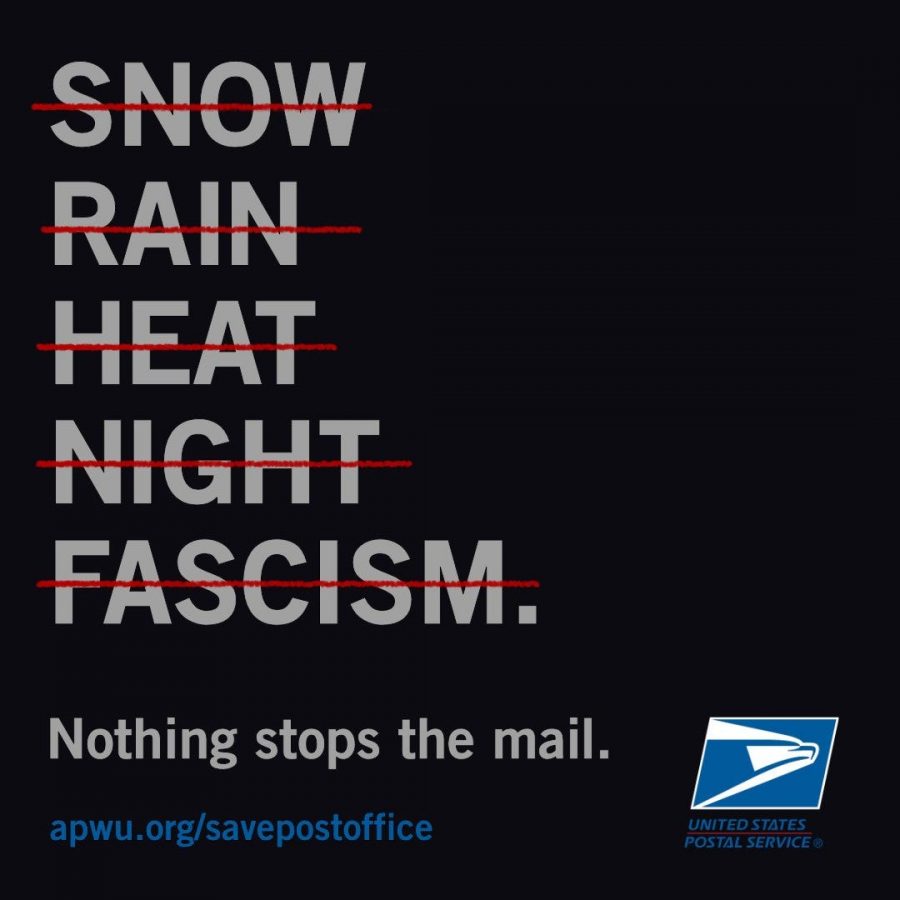 Welcome back to Case Western Reserve University, semi-remote style. With some students scattered across the world taking classes remotely, while others are still living on campus attending in-person courses, this semester is sure to bring along many personal and institutional challenges. It will also bring a presidential election that is sure to determine this country’s future in so many ways.

The coronavirus has, of course, added layers of stress, complication and tension to our lives. And further, it has stressed our communities and systems—the prime example being CWRU’s decision to make many second and third year students ineligible for on-campus housing. However, the stressors of the pandemic extend beyond education into healthcare, housing, food and job security and, as has come to light recently, the U.S. Postal Service.

Many of us think of the Postal Service as our means of communicating with our family while at summer camp, learning who our third-grade teacher would be and sending thank-you notes to extended family. As members of the millennial and Generation Z generations, by the time we came of age and started attending high school, the Postal Service was largely outside of our everyday thoughts.

Few of us filled out paper college applications, and even fewer of us waited to receive the exciting big acceptance or disappointing little letters from universities. However, while it may be far from most of our minds, as we instead fill that space with e-cards, social media and FaceTime calls, the Postal Service is critical to the structure of our country and its designation as a democracy (regardless of some unnamed anti-democratic leaders).

The Postal Service is critical in all election years, but especially so in this one. Since many people are concerned about the health risks of being in public due to the pandemic, the service is being relied on even more than usual for mail-in ballots. However, not all officials are in support of this type of voting or investing in mail infrastructure. As such, it is crucial that we have a discussion about the complications facing the Postal Service and how these could radically affect our democracy and ability to cast our ballots for the November General Election.

The long-story-short version of the saga of the Postal Service is that the government agency has been stripped of funding for the past decade. Existing for over 200 years, the Postal Service was established by the Postal Service Act signed by President George Washington. From trains to the Pony Express, and eventually the mail carriers and drivers we know today, the independent organization has lived through it all. And now, it joins us students in struggling through a global pandemic while in debt—in their case, $160 billion in debt.

In addition, the Postal Service recently gained a new Postmaster General, Louis DeJoy, who donated millions to the GOP and Donald Trump’s presidential campaign, and had never served as a Postal Service worker. After starting the position in June, DeJoy has made major infrastructure changes, including eliminating overtime work, removing sorting machines and telling workers to leave mail behind in certain circumstances. These changes underscore DeJoy’s power while subsequently causing millions of Americans to experience mail delays.

These delays are posing a dangerous prospect for the impending election, especially as more people than ever before plan to vote by mail-in or absentee ballot to avoid the risk of being around other people.

Donald Trump has repeatedly railed against mail-in ballots, suggesting it results in widespread voter fraud. There is absolutely no evidence this is the case, and in further Trump-fashion, he is being incredibly hypocritical in planning to vote by mail-in ballot himself.

Trump and DeJoy’s efforts to delegitimize and destabilize the Postal Service are for their own personal and political gain. Trump himself admitted last week that by opposing funding to the agency, it would make mail-in ballots harder to deliver. Is this not a textbook example of a leader trying to prevent free and fair elections in order to continue his reign?

The Postal Service has already announced that mail-in ballots in 46 states and Washington, D.C. may not be delivered in time to be counted for the fall election. Only Rhode Island, Oregon, Nevada and New Mexico were given no heightened warning of this risk. While some states, such as Pennsylvania, are planning to try to extend mail-in voting deadlines to accommodate delays, most states have no set plans to make adjustments.

The nearly eight full months of elections so far this year have shown Democrats to be more likely to submit mail-in ballots than Republicans, again serving the political gain of Trump and his cronies in restricting resources and financial assistance for the Postal Service.

If states fail to take action and lawsuits and congressional testimonies fail to hold DeJoy accountable, then we are looking at a stolen election by the Trump administration. This comes at a time when we need, more than anything, a leader who respects democratic values and will prioritize services such as the Postal Service and fundamental human rights like healthcare.

The fight for the Postal Service’s life is not over, and there are a few vital actions you can take. Be sure to request your absentee or mail-in ballot early (or right now) and if you’re able, buy stamps to support the agency. Sign up for pen pal programs being started by some organizers—Rep. Alexandria Ocasio Cortez is thinking of starting one to connect progressive people to one another—or send your friends taking classes from home a check-in letter. Contact local representatives to promote better funding to the Postal Service and be sure to tune into DeJoy’s testimony and questioning before Congress on Friday.

After all, it’s only our democracy that’s on the line.