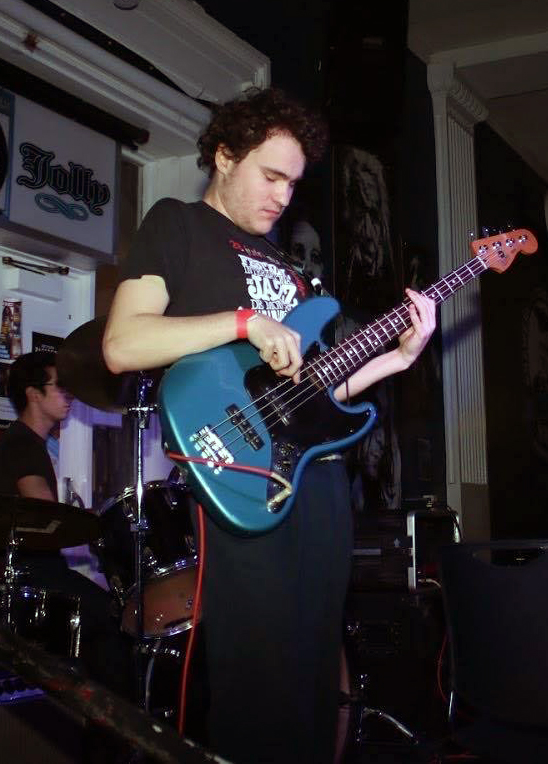 Across America two months ago, college students jammed the highways returning home as universities shut down from coronavirus. Case Western Reserve University received the news during spring break, while many of our friends were home or on vacation, so we never got the chance to have one last drink, Dungeons and Dragons session or whatever social activity that gave us an excuse to talk and put off school work over these past four years.

When I thought about my end of year editor’s note, I thought it would be something resembling the essay collection that inspired my first note as editor, Oliver Sacks’ “Gratitude.” I am instead filled with regret for things I hoped to do with the remainder of this semester that I should have done months ago, things that I am now trying not to think of while I can. Interviews I lost motivation to turn into articles, people I should have reached out to, an Observer scholarship that never saw the light of day. I wish I was able to throw one last party at my apartment; my roommate Lewis Nelken and I would decorate that brick and wooden hole with memes or other cursed oddities and blast Darude “Sandstorm” on vinyl, as we stretch out every moment of this last semester like a rubber band until it finally snaps and we say goodbye. Now, there’s no feeling of finality. Instead of a grand ceremony, college ends with a Zoom call.

2020 is now the year of missed opportunities, friendships that lost the chance to develop further, concerts that will never happen and classes that lost most of their purpose as CWRU became a glorified University of Phoenix.

Yet there are enough treasured memories that will keep me from dissolving like a Squonk in a pool of my own tears. Though I must admit Bruce Springsteen’s “Born to Run” coming on my driving playlist as I was on my way to pick up my things from Hessler was a bitter reminder of how I will not be able to play at Springfest one last time with Spare Parts. I have to be grateful for the many tremendous friends I have made at CWRU, the professors such as Deepak Sarma, Jim Sheeler, Jonathan Sadowsky, Maggie Vinter and many others who have taught me so much.

Despite all the chaos surrounding coronavirus, many members of the campus community came together to help people in need, with initiatives like the Wade Commons food pantry, Community Meal CLE and the Deep Roots Giving Garden. These selfless acts of kindness give me hope that, despite CWRU’s reputation for being a bubble that couldn’t care less about the surrounding community, the walls which surround University Circle are starting to crumble as students become more active.

I think The Observer is in good hands this upcoming year. Nathan Lesch, our newly elected executive editor, is a fantastic writer who understands the importance of telling stories about CWRU and holding the administration and Undergraduate Student Government (USG) accountable. I plan on visiting The Observer at least once next year, to pop in on a production night and relive the days where I would sleep on the UMB couch at 7 a.m.

So for next year’s staff, this is not a goodbye, but a see you later.

Despite this unexpected end, I will remember my time at CWRU fondly as the place where, somewhat kicking and screaming, I came into my own as a person. I came in here as someone who wanted to be a music major (but my parents would have never allowed that) but was a psychology major. Then I decided to leave both those pursuits behind and enter the most stable job market imaginable, journalism. Going to school away from Maryland, though I love my parents and friends from high school, gave me a chance to develop my own interests and personality, make a new circle of friends and learn the craft of reporting better than I could have anywhere else.

Though the CWRU journalism program is as small as you can possibly get, that smallness also gave me an incredible amount of freedom. We often think of student media as unimportant, but we fill in the cracks and offer an alternative to the corporate-owned companies that dominate our time. If The Observer does not cover USG, no one else will. Would any other outlet write about how a cashier like Shaunte Hall-Jones was beloved by the entire student body and was unjustly fired despite that love? Oftentimes the student newspaper is the only place someone receives the passion and recognition they deserve.

I think of the stories I told about how government and private misconduct threaten the environment on a national level, from the profile of Environmental Protection Agency Director Andrew Wheeler, to the local level with a story on the East Cleveland Noble Road dump. The negative impact development can have on small business owners, like Mae and the late Hani Elassal of Falafel Cafe, who were forced out after 18 years from their location on Euclid Avenue by University Circle Inc. for no reason.

What keeps me writing isn’t just the ability to speak truth to power. I have also met so many people whom I greatly admire and have subsequently befriended. I met one of my personal heroes LeVar Burton (“Star Trek: The Next Generation” is one of my all-time favorite shows) and one of my favorite jazz musicians, Omar Sosa, through student media.

I met the late Chappelle Letman, a blind sculptor, through the 4 a.m. WRUW radio show I co-hosted with Kevin Szmyd. Letman and I became friends and I later filmed a documentary featuring him and his art.

I also had the joy of interviewing Cleveland hip-hop duo New Genesis and meeting their parents, who came to see them perform on their first-ever long-form radio spot.

There were stories that brought me closer to my peers, from a story on alumni Christopher Cannon about his poetry collection “Death Dance” to a story on Sticky, a band formed by CWRU students practicing at the Phi Gamma Delta (Fiji) outpost.

Student media has expanded my world, introduced me to countless friends I hope to stay in touch with for the rest of my life and made me a more complete, caring human being than I was before I took that first six-hour drive to Cleveland from my home state of Maryland.

What more can one ask of their college experience than that?