Eldred Theater to be converted to student space in fall 2022 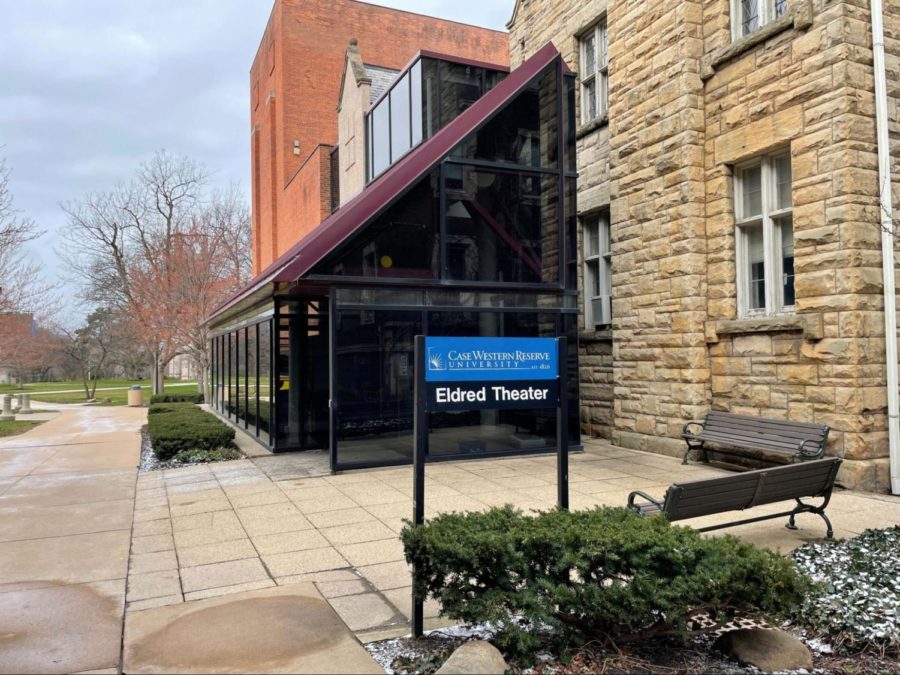 Eldred Theater is in the midst of renovations, with hopes to open back up in fall 2022 as a student center, similar to Thwing.

Located in the center of the Case Quad near the Rockefeller Building, Eldred Hall has been part of the Case Western Reserve University Department of Theater for the past several decades. As the department relocates to the newly-renovated Maltz Performing Arts Center, Eldred Hall has remained empty and unused for over a year. In fall 2022, Eldred Hall will reopen after being converted into a student-focused space that will be accessible for all students.

The proposal to convert Eldred Hall into a student-focused space was deeply inspired by a similar proposal about renovating the Thwing Center done by the Student Presidents’ Roundtable (SPR) in 2016. As a result of the 2016 Thwing Center Plan, Thwing underwent major renovations and became the student space we know today. “We saw the Eldred Proposal as a ‘sequel’ to the 2016 proposal,” said fourth-year nutritional biochemistry student Peter Chmiel, the chair of the University Media Board. “The plan for Eldred has been in the works for more than a year and wouldn’t have been possible without the work, support, and push from dozens of students.”

Eldred’s key location will address the lack of student spaces in the Case Quad. Currently, students looking for places to study use buildings such as Sears Hall or Nord Hall, both of which are extremely busy during the weekdays. Tomlinson Hall and Crawford Hall are also heavily utilized but act more as cafeteria spaces than study spaces. “[Eldred Hall] allows us [students] to achieve a general goal—to create a new student center without the cost of building an entirely new structure,” said fourth-year pre-law student Jim Fitzgibbon, the chair of SPR.

“One of the prime features of [the] Eldred Theater is that it is located directly on the quad, a minute’s walk away from academic buildings,” said Chmiel. “Eldred will basically be a ‘mini’ Thwing Center, with the added bonus of being closer to classes. The building will also be overseen by the Director of Thwing Center, Arlet Wright, but run and staffed by student managers and employees.”

Eldred is currently in the process of teardown and renovation across all three floors. Once completed, new furniture will be installed on the first and second floors. The lounges will be redecorated with theming done by student cultural groups and the Office of Multicultural Affairs. Additionally, the main theater will gain improved lighting equipment and a refurbished main stage. There will be large infrastructure improvements installed in the lower level for student group storage, such as storage lockers and card access features. As the removal of asbestos and other improvements to the building’s electrical and plumbing system continues, Eldred will be closed off for planning visits due to safety reasons.

In the near future, the basement level of Eldred will be primarily used as storage space for student groups. The main floor and parts of the second floor will become a dedicated lounge and relaxation area for students to come and go in between their classes. The main theater will be free for student groups to reserve for large-scale performances and events. Currently performance-based groups like the Footlighters use Thwing Ballroom, an unideal location due to its lack of dedicated seating.

An additional feature of Eldred is the Student Advocacy Wall, which was installed near the main entrance in January 2022.

“The space’s theme, representing the diversity of the campus community through special decorations and furniture, will also be uniquely [CWRU],” said Fitzgibbon. “In the future, we hope to continue improving on the space, as well as advocating for the construction of a proposed Identity Center which would celebrate the cultural backgrounds that make up CWRU [sic].”

Students can look forward to seeing Eldred become an important student space on the Case Quad in the coming months.