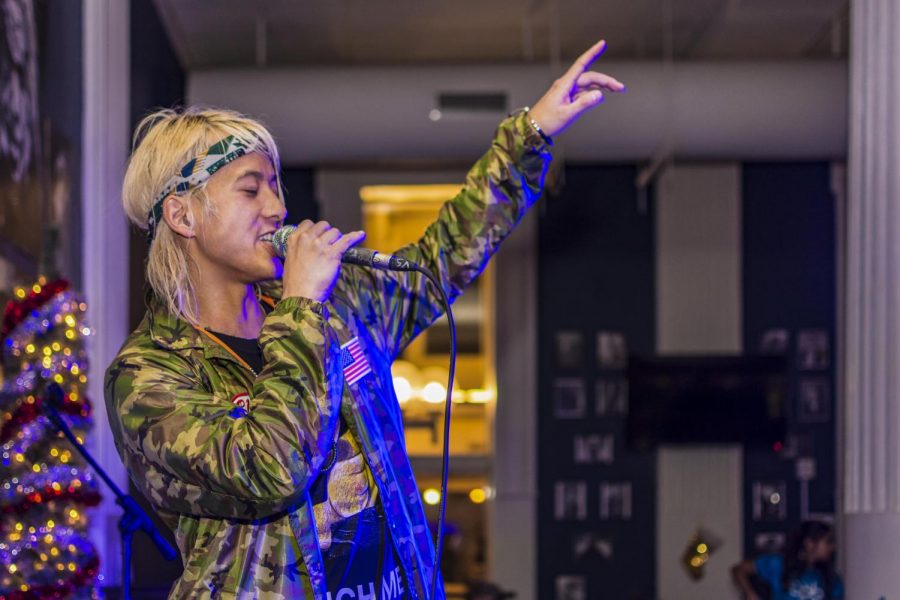 Elephante is no stranger to switching tracks, whether that be with his music or in life. The Los Angeles-based DJ drew the semester to a close with a concert at the UPBeats EDM night at The Jolly Scholar on Saturday. The performance transformed the venue into a miniature nightclub resembling the typical atmosphere of Elephante’s performances.

In his prior visits to Cleveland, Elephante has performed at the Magnolia nightclub and will host the venue’s New Year’s Eve event this year. When asked about which sort of venue he prefers performing at, he responded that it’s all about the crowd’s energy and how they connect with and respond to the music.

The crowd at Jolly was nothing short of energized. The EDM tracks played by Elephante engaged the entire audience and even some of the bar’s staff. When asked about the root of his interest in the genre, he pointed to the inspiration he gets specifically from dance music.

“I grew up playing guitar and singing, which I still love, but it’s like if you’ve been drawing in pencil your whole life,” Elephante said. “I got introduced to dance music and it’s like all of a sudden I had every color that had ever existed and not existed before. I looked at it as a whole new world.”

Not long ago, Elephante was in a similar position to undergraduates at Case Western Reserve University, working toward a degree and a secure job. He ended up with a nine to five job he hated. He never explored the possibility of a different career path, especially growing up as an Asian-American for whom expectations were laid out before he even had a chance to develop as an individual at university.

After graduating from college, he interned at a recording studio in Boston and played at open mic nights throughout the city. He described this transition period as “the breeding ground” for all the music he makes today. During his undergraduate years he constantly worked on music when he could find time on nights and weekends, often sacrificing his social life to work on his craft.

“At a certain point, there was a voice inside me that was like ‘you’re never going to forgive yourself if you don’t give the music thing a shot,’” Elephante said. “When you’re young and hungry, I think you need a little bit of that foolishness of youth. Sometimes you just got to go for it.”

For students contemplating a major change or looking to explore new interests in the new year, Elephante offered some words of advice.

“One is: don’t wait to start doing what you want to do,” Elephante said. “For a long time, I wasn’t doing it [music] because I thought it would help me do it for a living. It was just what I wanted to do. The other thing I’d say is: don’t get discouraged. You have to realize that the people who become masters are the ones who can get past the frustration of being a beginner. If you work at it long enough and you try and you keep at it, then things will happen.”