Engineering design beyond the equations

Collaboration between the humanities, arts, and STEM can lead to innovative and creative solutions to issues. What’s stopping it? 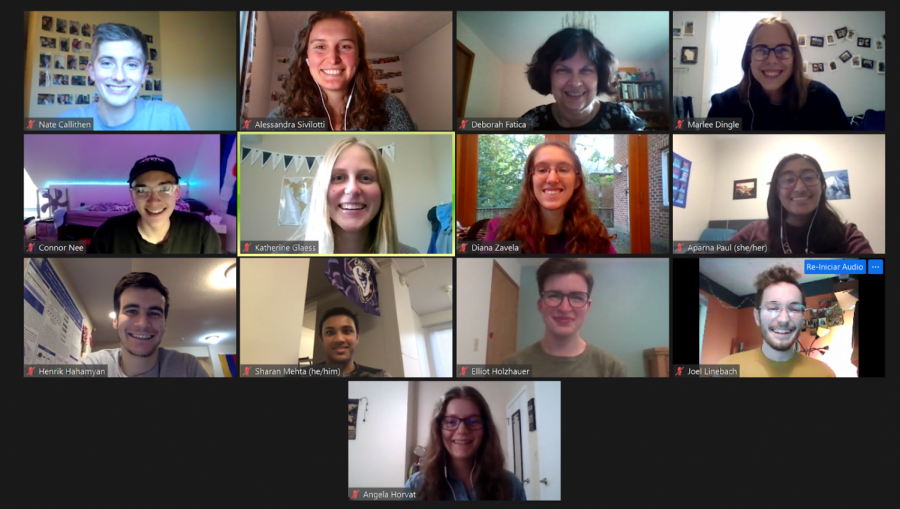 The Engineering Peer Advisors consists of 12 advisors in 8 disciplines, with 5 double majoring.

Recently, the Engineering Peer Advisors hosted a series of discussions focusing on engineering beyond a set of equations and spreadsheets, towards real, concrete challenges. On Oct. 31, five students, majoring in both engineering fields and in the College of Arts and Sciences, led “Engineering and the Arts,” a discussion focusing on the interdisciplinary connections between distinct and opposing fields. While many perceive engineering and humanities to be separate areas, these peer advisors subvert these expectations through their work, motivating future engineers to employ creative, human-oriented approaches in modern problem-solving.

Joel Linebach, a fourth-year student double majoring in polymer science and dance, came up with the idea last summer, motivated by the wave of social reform across the country. Events such as Breonna Taylor’s murder and the ensuing national protests, the formation of the “CWRU Survivors” Instagram page and the resurgance of COVID-19 prompted Linebach to create spaces for discussion within the Engineering Peer Advisors, a multidisciplinary group of engineering students that provides resources, advice and support for all undergraduate engineers.

“Coming back to campus, the peer advisors wanted to create something the students can gauge, and we wanted to bring students together to talk about these topics,” Linebach noted.

In September, Linebach worked with Aparna Paul, a fourth-year student double majoring in chemical engineering and English, to develop the event. When both noted the lack of dialogue among the engineering student body, the two used their backgrounds as double majors to emphasize the importance of humanities within the engineering discipline.

“Every day, I feel like I need to choose between chemical engineering and English, and I say to myself, ‘what is my future going to look like, and how am I going to incorporate these things?’” Paul noted. “When I heard about this dialogue series in the beginning of September, I thought, ‘Oh, this is a good platform to have this discussion on a larger scale and to help students struggling with these larger questions.’”

As Paul noted, the technicality within engineering must be balanced by real, concrete issues. She used the example of liquid flow in pipes within chemical engineering; certain equations can be used to both characterize the flow of liquids within pipes and analyze mixing. Paul considered, “How is it going to affect people? How do these pipes deliver water to their homes?”

Both students noted that at Case Western Reserve University, a STEM-focused school, majors outside of science, technology, engineering and mathematics are often ridiculed and mislabelled as easier.

The most elegant and creative solutions for societal plans come from the collaboration of a multidisciplinary team. However, the segregation of STEM, humanities, social science and business majors in academic environments prevents these students from coming together.

Using her English major, Paul is able to listen and empathize with people of different backgrounds, a skill she utilizes in her everyday engineering work. “Reading literature and discussing and hearing, makes me a more empathetic person. And that carries over into engineering and into all aspects of your life. When you can do that and connect with other people, not just the numbers and data you’re generating, you’re able to move problems forward and come up with solutions that help everyone,” Paul noted.

For Linebach, his interest in and study of dance has developed the philosophy behind his engineering approach. Linebach relates technicality within engineering to dance, using the analogy of mastering individual spins or movements.

“When you tell someone in the class to do something, you get technical. You see a deadness in someone in their eyes. And it looks dull. You don’t want to see that person perform. They look like a robot,” Linebach stated. “Once you have that human aspect, performers come alive. That human part of it, I feel is still lacking in engineering.”

STEM disciplines are perceived to be higher-paying and more realistic professionally than humanities majors, while also being held up as more difficult and prestigious. CWRU is seen as a STEM-focused research institution, but the university has equal strengths within the humanities and social sciences as well.

“Our English department is so powerful, we have multiple Guggenheim Scholars, we have a Pulitzer Prize winner,” Paul said. “I never knew about this until I came to [CWRU] and joined the English department. That’s so true for so many of our humanities department. It never gets broadcasted at the same level as our engineering school. We market ourselves by saying, ‘we do cutting edge research in STEM,’ but we don’t highlight that with humanities.”

That isn’t to say that CWRU should pit the accomplishments of its departments against one another. Rather, Linebach and Paul argue that the university should encourage more interdisciplinary  work, allowing for a range of perspectives on similar issues.

Linebach concluded by paraphrasing Venkataramanan “Ragu” Balakrishnan, the Charles H. Phipps Dean of the Case School of Engineering. Linebach noted, “When you have all these different perspectives and ideas coming to the same problem, that’s when you have the most creative, the best, the most effective solution for anything. To create a device, to create social change, to bring people together.”