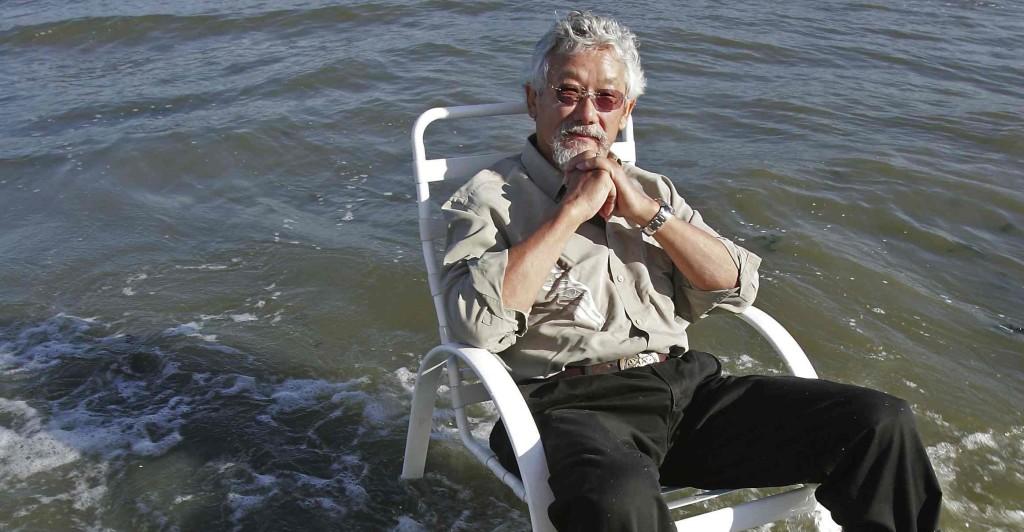 Suzuki has produced over two dozen film series and documentaries focusing on sustainability and has authored over 50 books, including children’s books that aim to teach future generations about sustainability. Since 1979, Suzuki has hosted the Canadian Broadcasting Corporation’s The Nature of Things, and his most recent film, Force of Nature, won the People’s Choice Documentary Award at the 2010 Toronto International Film Festival.

He co-founded the David Suzuki Foundation in 1990, the main missions of which are transforming the economy, protecting the climate, reconnecting with nature, and building communities of individuals to live healthier, more fulfilled, and just lives.

“[Suzuki] has shown he is not only interested in nature and science out of intellectual curiosity, but because he cares deeply about the planet that we are leaving for the future,” said Shannon French, Ph. D. and Director of the Inamori Center.

“That will be a lively panel discussion, just a vigorous conversation among some pretty awesome experts in the areas of environmentalism, sustainability, and so forth,” French said of the Academic Symposium.

“The panel discussion will have audience Q&A, so if there are students who feel strongly about these issues, pros or cons, we welcome debate and we love debate,” she said. “They can actually ask questions of our panelists.”

In between, booths will be spread out on the Kelvin Smith Library Oval for the less formal Eco-Showcase, which will take place from 1:30 p.m. – 3:30 p.m., featuring both campus and local community members who are working on issues of the environment and sustainability.

“[Suzuki] is an internationally known figure,” French said. He has made it on CBC’s list of “Greatest Canadians” and over the past few years, he has been the highest ranked person alive. Considered an “elder,” Suzuki has been adopted by many native tribes across the world for his service and his passion for giving others a voice. “He works with indigenous peoples in every corner of the globe who really don’t have anyone championing their cause,” she said.

“[Suzuki] loves talking to and working with students,” she said. “He really appreciates the energy the youth brings to environmental issues,” she said. “He has made it part of his mission to make sure they recognize that they have power.”

All events are free and open to the public. Advance tickets are encouraged for the award ceremony and symposium. To reserve or print free tickets, visit the Cleveland Orchestra’s website or call the Severance Hall Box Office.

The Eco-Showcase is a non-ticketed event.  For more information, visit the Inamori Center website.