Escape to South by Southwest 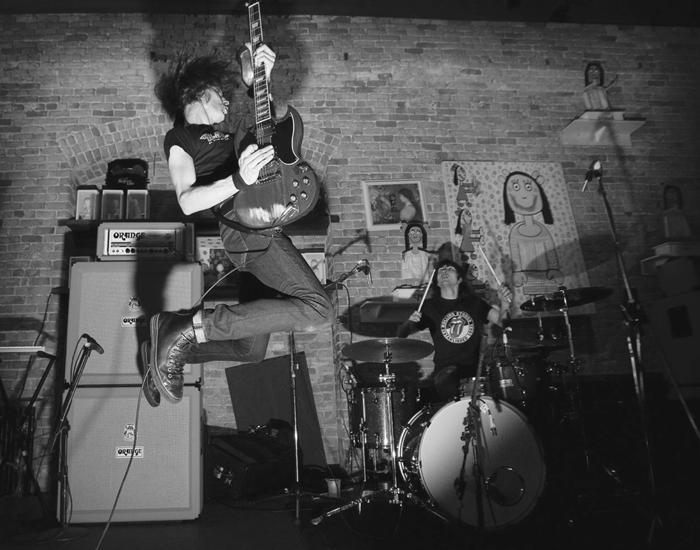 As Cleveland fluctuates between deathly winter and balmy summer on a weekly basis, the average Case Western Reserve University student can’t help but wish for a rest from the stress, wind, and textbooks. Spring break is just around the corner, offering an opportunity to escape.

Enter South by Southwest. SXSW is one of the largest technology, film, and music festivals in the United States and takes place in Austin, Texas annually. Founded in 1987, the festival has established itself as a major cultural event, launching music and film careers and tech firms alike. “Films will get distribution because of SXSW; start-ups will get funding. If you’ve ever wondered where ‘word of mouth’ comes from, it’s here,” said Ale Delgado, a Belmont University student and intern at this year’s event.

The festival has been a major indicator of what the “next big thing” will be, bringing success to names big and small. In the technological sphere, both Twitter and Foursquare achieved mainstream success as social networking platforms after their appearance at the festival. Likewise, the festival’s music sector has launched a variety of bands to phenomenal success.

The music part of the festival features a vast variety of panels and industry events throughout the day and official artist showcases at night. Some of this year’s headliners include Jack White, Cults, Fun., Neon Indian, Say Anything, Andrew W.K., Skrillex, Sleigh Bells, and Nas. There are also rumored to be appearances by Jay-Z and Eminem. The festival will not, however, be restricted to big-timers, with over 2,000 acts from 50 countries performing on over 90 stages. From there, the possibilities are endless, with unofficial stages springing up all over Austin where the as-yet-untested will try to win the hearts, minds, and ears of eager music junkies. Delgado attests that, “There’s something about the vibe of a big festival that fills you with a crazy energy, and this festival is big. I’m essentially seeing all of my favorite bands play a huge set together.”

The festival has attempted to court a wide variety of filmmakers as well, from animated shorts to documentaries and everything in between. Headliners for this year’s event include screenings of “RE:Generation Music Project,” a documentary that pairs DJs with unconventional music sources. The film features Skrillex and The Doors, which should be classic rock drop-arific. Another promising film is “Shut Up and Play the Hits,” which chronicles LCD Soundsystem’s final show and James Murphy’s retirement from music. The film made an appearance at Sundance in both Britain and the U.S., and was widely praised for its beautiful cinematography.

The best advice for festival-goers, says Delgado, is to simply RSVP to everything and make a schedule. The ticket purchasing app Willcall will come in handy when it comes to RSVP-ing to hundreds of events. Willcall allows users to RSVP to up to 50 events with a single click. While other services have sprung up, Willcall is one of the few offered free of charge.

While it is important to keep yourself organized, try not to get too manic, said Delgado. “First, make a schedule; know who’s playing and what panels you want to see, and keep your ‘must-sees’ starred in your mind. Second, be chill. You definitely will not get into everything you put on your schedule, but sometimes the best part of any festival turns out to be something that you hadn’t heard about or weren’t all that interested in seeing.”

Kicking off on March 9, this year’s SXSW is bound to be an all-out epic festival of nonstop music, film, design, and party opportunities. Far from Cleveland’s potent diet of wind and snow, if you have a few extra bucks and a little time on your hands this spring break, don’t forget about SXSW.