Even without magic, Quidditch comes to campus 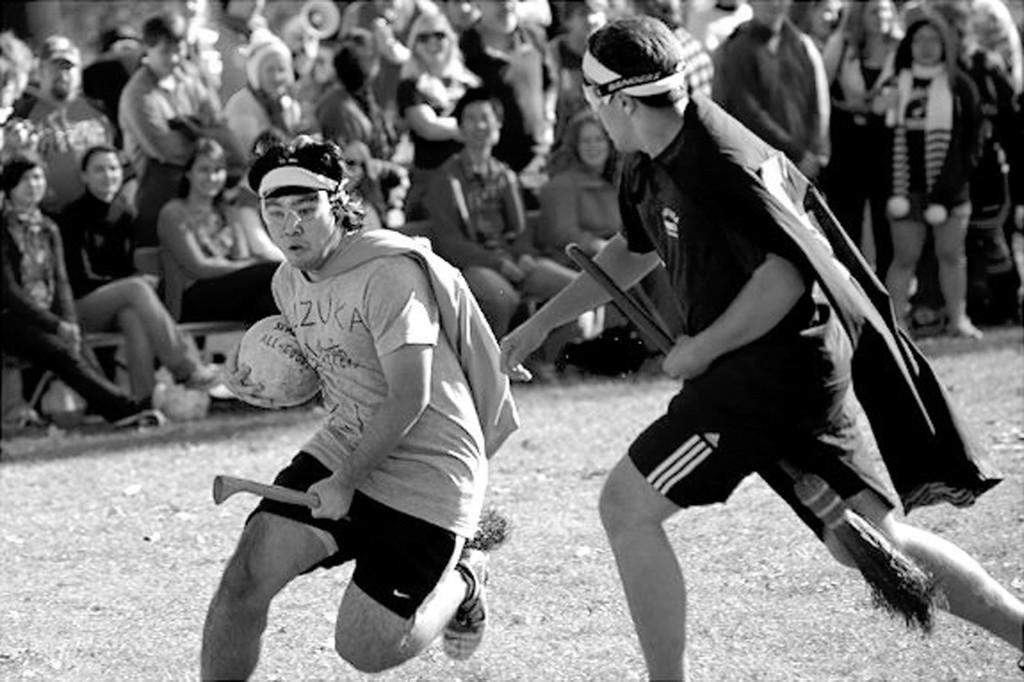 Ever since its rapid jump to popularity in 1997, Harry Potter has become just as recognizable as Ronald McDonald. We now have, thanks to Harry’s bewitching charm, “The Wizarding World of Harry Potter” at Universal Orlando, another reason to dress up as a witch or wizard for Halloween, and seven books printed in 67 different languages, which are among the more tame products of Harry Potter’s success. It’s brought something new to nearly every aspect of our lives, even if we don’t recognize it. This doesn’t exclude sports. Sports? Why yes, of course sports.

What sport, you ask? Quidditch. You know, the high speed, flying broom riding, full-contact, impossible for a muggle sport? Yes, that one. Outside of the fantasy world of Hogwarts, it’s mostly the same except that it is played on the ground, is mostly magic-less, and the snitch is a tad bit larger (and is attached to a person’s pants in the form of a tennis ball in a sock).

This year, Case Western Reserve is joining more than 200 other universities that are currently playing Quidditch under the International Quidditch Association (IQA). Nora Evett, the current captain of the team, says that she was “shocked to find that Case didn’t have a Quidditch team, since so many schools have them now” and if someone had to start it, it may as well be her.

The game comes with all of the original quirks. The seven member team has three chasers that score goals with quaffles, two beaters that throw the bludgers to knock others out, one keeper that guards the goals, and a seeker that is constantly looking to catch the snitch to end the game, all while riding on brooms. The quaffles are soccer balls, the bludgers are rubber playground balls, and the snitch is the before mentioned tennis ball.

The main difference from normal IQA rules is that, for now, Case Quidditch players are playing without brooms so that the players can get used to the gameplay. However, the rest remains the same. “We’re playing Quidditch as a full contact sport,” said Evett, “you can tackle other players, try to rip the ball from their hands, trip them and so on.”

For the moment, the Case group is just playing scrimmages, but Evett hopes to play against other schools in the IQA soon. She is also hoping that she can find more players for the team, and reminds all that “the most important thing about Quidditch is to stop yourself from being skeptical until you have actually played.”

And thus this once childish notion has come alive into a full-fledged sport. Separate from the books, the films and all the other Potter paraphernalia, playing the sport is a whole different experience. Evett says that “it’s really exciting and, once you’re in the community, it’s hard not to love everything about Quidditch.”