Every moment matters for fourth-year shortstop 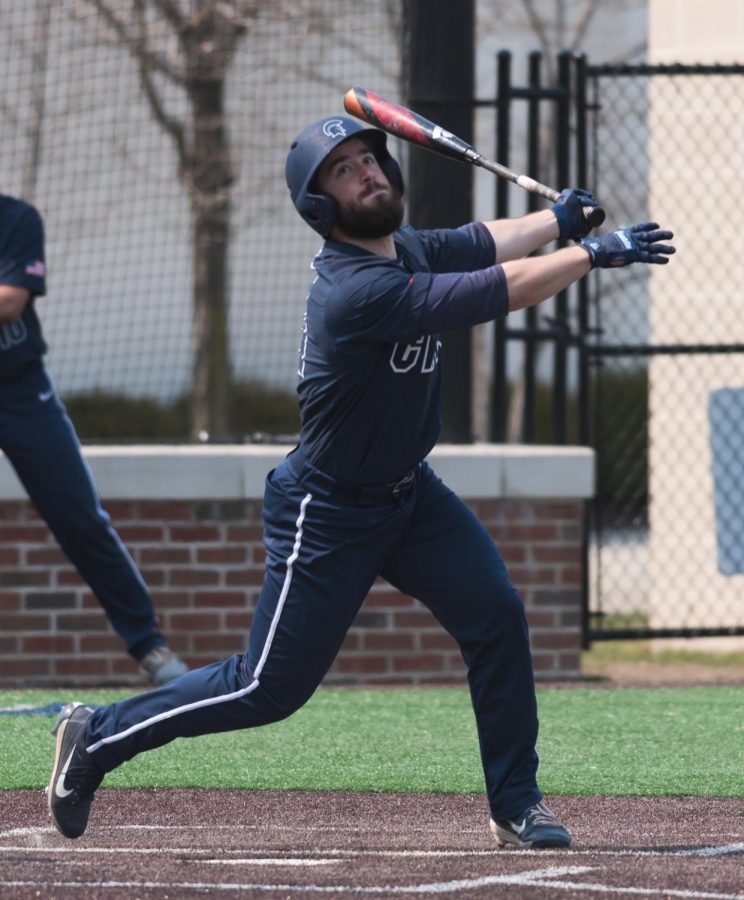 Fourth-year shortstop Alex Capetillo has been an integral part of the baseball team with his .500 batting average and 10 RBIs this season.

The crack of the bat leads to this exclamation from everybody in the ballpark, but few have actually seen a five-year-old hit a home run. Yes, that’s right; at the age of five-years-old, Alex Capetillo, fourth-year student and baseball player, hit his very first home run, one which went soaring over the field’s fencing.

Some people are born to play a certain sport, and Capetillo is no exception. He has been playing the game since he was first able to walk. Thriving by picking out the opposition’s tendencies and countering them, Capetillo successfully punished pitchers and runners alike.

Baseball is a mental and physical game.

At Case Western Reserve University, Capetillo has shown to be a critical player for the baseball team at shortstop. Although he had a below-average year in his third season, he posted a respectable .277 batting average in his second year, being selected to the NCAA All-West Regional Tournament Team.

His arrival to CWRU started off with a bang. Capetillo recalls his first collegiate game as one of the most special he has played in. Not sure how he would perform, along with his first game jitters, Capetillo quickly showed the CWRU community, including his dad in attendance, what he brought to the table with a single and a double in his first two at-bats. The memory is even marked by the first ball he hit, sneakily retrieved for him by an assistant coach.

Off the diamond, Capetillo takes an active role on campus, in large part for the Sigma Chi fraternity. He especially enjoys his fraternity because of its mix of players on the baseball team and other CWRU students. In the past, he has served as the service chair, where he organized different events to get involved in surrounding communities.

This culminated in Capetillo establishing a collaboration with Kids Kicking Cancer, with an event held last fall for kids to play baseball with players on the team. He hopes to continue this event in the future.

On the academic side of CWRU, Capetillo is double majoring in mechanical and aerospace engineering.

“The guys on the team are always making fun of me for being obsessed with airplanes,” Capetillo said. ”I wanted to be a pilot for so long, but I am colorblind, so that didn’t work out. The ability to fly is one of the great accomplishments in human history, and I think there is so much more that can be done with emerging technologies.”

Because of his color blindness, he is focused on entering the aerospace industry as a design engineer. He does not care how he gets involved with aircraft design, he just knows that he wants to be part of the generation that keeps improving upon themselves.

His mindset extends back to baseball, when he referenced a quote found in the Great American Ball Park, home of his hometown Cincinnati Reds. It reads, “There’ll be two buses leaving the hotel for the park tomorrow. The 2:00 bus will be for those of you who need a little extra work. The empty bus will leave at 5:00.”

Capetillo, too, thinks that everybody can always improve, even the very best.