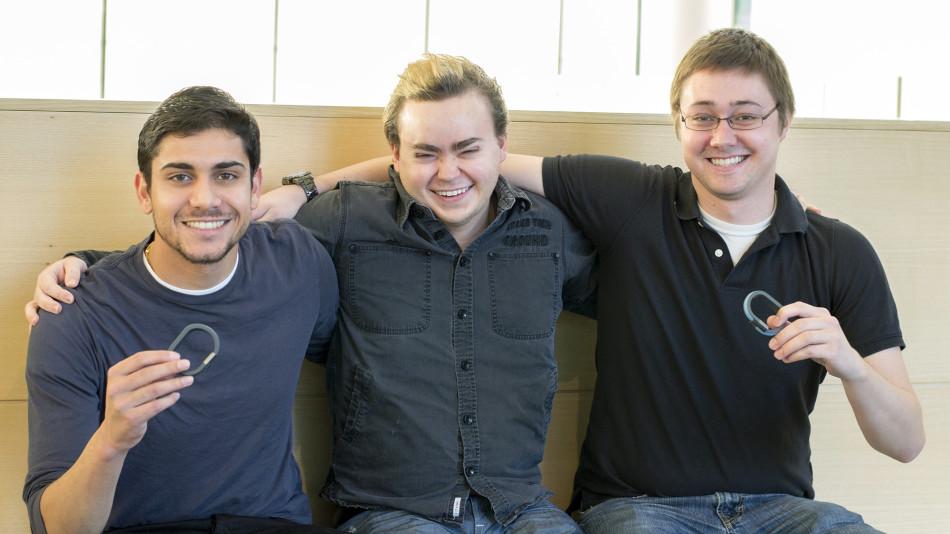 Everykey is going back to Vegas. After intriguing several potential investors and consumers last year, the startup is returning to the International Consumer Electronics Show. Last January, the product was still being developed and the team was looking to get feedback from the industry to prepare them for the steps ahead. This year, the team has successfully funded their product using a Kickstarter campaign which brought in a total of $117,054 from over 1600 backers and they are ready to move forward. Daniel Thomas, a marketing analyst for Everykey LLC, sets the bar pretty high for what the company hoped to achieve in the next week.

The ShowStoppers Launchit pitch competition pulls 12 finalists from the candidate pool of over 300 to pitch their product to a group of venture capitalists and investors to try to earn funding for their company and product. The potential financial gain from this competition is only one of the advantages Everykey hopes to receive. A good pitch would also bring brand recognition and popularity for the small company that could otherwise get looked over among the thousands of presenters and companies at CES. “The main goal is to win ShowStoppers. We know that would move us forward a lot and we’d really be able to get set up,” said Thomas.

For those of you who haven’t yet heard of the device that will undoubtedly be heading straight to the top of your wish list once it is put to market, Everykey is a wrist-worn device that is Bluetooth enabled and allows the user to automatically unlock digital devices like phones and computers or store passwords to log in to devices once the user is in range. The team also included high-level encryption to prevent unauthorized access or hacking. The device is stylish and sleek with an offering of seven different colors to personalize the device to an individual’s preference.

This product was developed in a entrepreneurship class at Case Western Reserve University and after the class CEO Chris Wentz knew they had something really special. He took the idea to Blackstone Launchpad who has been helping the company ever since. The company has competed in several pitch competitions and gained connections through Blackstone which have brought them to this point. Their booth at CES will include videos and prototype versions of the product for investors to see. They will also be competing in other competitions while at the show, including Engadget’s Best of CES competition.

The goal of the team is primarily to keep progressing. The show will be a great chance to talk to more investors and get people talking about their product, but there is a lot of work still ahead. The team is meeting with manufacturers and trying to work out the logistics of the product’s launch which is projected for the end of February. Thomas knows that the real key to Everykey’s success is continuous improvement. “We haven’t taken a break yet…every day we’re doing something to keep moving forward.”