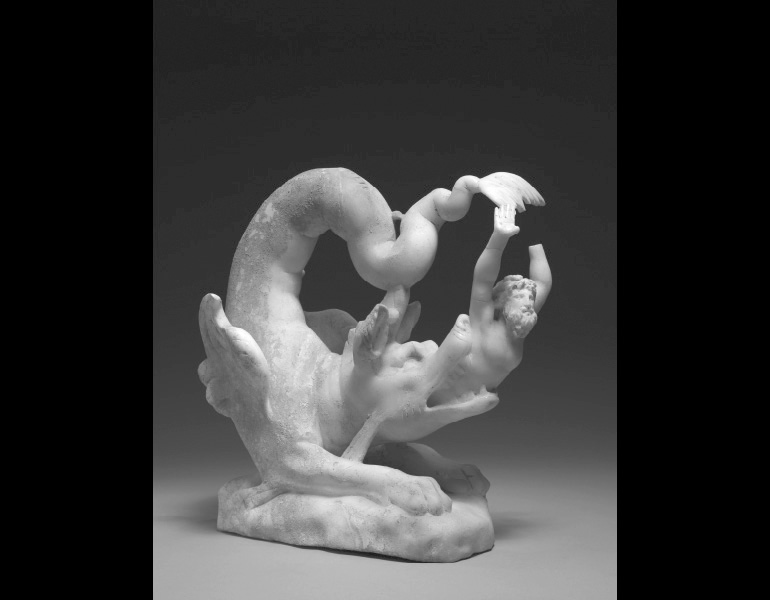 Museums can be dry, and art can be dull—especially when it’s the same Christian-themed European art that shows up all too frequently in high school history classes. But the Cleveland Museum of Art’s latest addition, the Ancient Galleries, has a lot to offer besides crucifixes and nativity scenes. In fact, the Ancient Galleries are full of surprising and often fascinating works that showcase a variety of techniques from a wide range of cultures.

The exhibit is expansive—it could easily take two hours to view everything on display—and it was especially interesting to see the remarkable variety among the artifacts. From functional items like a well head to lavishly embellished jewelry, from enormous griffin statues to tiny fibulae (the equivalent of safety pins), there was certainly much to be seen. The artisans’ painstaking efforts were apparent in most of their works, and many of the techniques they used were very impressive. For instance, ancient metalworking was surprisingly well-developed: there were items incorporating metal that had been spun, hammered, cast, engraved, enameled, and gilded. And metal was by no means the only medium; others included wood, stone, glass, ceramics, leather, ivory, and gemstones.

Animals were a recurring theme in many of the exhibits, although there was refreshing variety in the subject matter. For instance, the Roman bronze collection included statuettes of an eagle, a dancing bear, and a tiny, delicate-looking mouse. And one particularly eye-catching display, a case of striking red and black Grecian pottery, included creatures both real and fantastic. The vessels were skillfully painted with scenes from Greek mythology, brought to life by such things as dolphins, panthers, sirens, satyrs, and gods like Dionysus and Athena.

The Near East exhibit (devoted to artwork from Asia Minor and the Fertile Crescent) housed a number of attractive animal figurines from Iran and Iraq, made of earthenware or lost-wax-cast metal alloys. The animals ranged from goats and bulls to lions, ibex, and zebus, and some of the more imaginative ones boasted two or three heads. Although this was one of the smaller galleries, it was especially interesting because Near Eastern culture is relatively little-known in the U.S.

The Ancient Galleries have their share of Christian pieces as well, many of which were pleasantly surprising. One late Roman marble sculpture portrayed “Jonah swallowed”—but not by a whale; in fact, the beast looked more like something from The NeverEnding Story. And a Byzantine mosaic, once part of a church floor, depicted a large, elegant peacock and a farmer. According to the accompanying placard, the peacock symbolized immortality, while the grapes the farmer had harvested represented Christ’s blood. The Byzantine exhibit also contained two lavishly decorated gospel books, with vellum pages painted with ink, tempera, and even liquid gold.

Many of the religious-themed works were interesting not only because they strayed from more typical subject matter, but because of the sheer expertise behind them. For instance, one large Egyptian tapestry, about three by six feet, depicted the virgin and child with such detailed shading that it looked as if it had been painted on—but a look at the sign revealed the tapestry to be woven entirely from wool, in at least 20 different hues. Apparently, the ancient Egyptians once wove linen as thin as the skin inside an eggshell. Anyone who has taken an art class could appreciate the sheer amount of work put into these pieces; some of it was simply astonishing.

The Cleveland Museum of Art’s Ancient Galleries were impressive, informative, and enjoyable, and the institution clearly continues to make a valuable contribution to its home city.