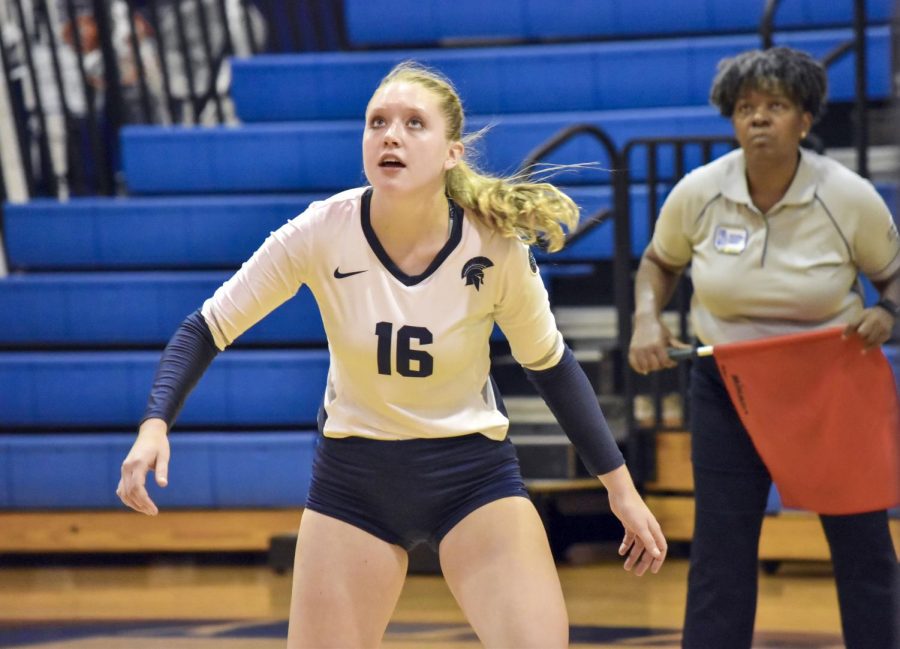 The first two conference games were as tough as a team could get.

The Case Western Reserve University volleyball team had to open University Athletic Association (UAA) play against No. 8 Washington University in St. Louis (WashU) and No. 14 University of Chicago but won against weaker conference foe Brandeis University.

The Spartans began conference play on Saturday, Sept. 29 with two games and followed up with one more game on Sunday. The first of two round robins was held in Massachusetts on Brandeis’ campus.

First-year outside hitter Lauren Carmon led the team offensively with 11 kills and an outstanding .429 kill percentage. Third-year outside hitter Karley King finished with 10 kills of her own. Third-year middle hitter Haley Sims had five block assists, but her defensive effort at the net wasn’t enough to slow down the potent WashU attack.

In their second match against Chicago, both teams were a little more sloppy, combining for 36 errors in the match. But once again the Spartans fell in straight sets. King led the attacks this time around with 11 kills. Second-year libero Anna Jaskoviak recorded 18 digs in the loss.

The weekend finished on a high note as CWRU defeated Brandeis in four sets, 25-21, 20-25, 25-16 and 25-8. The Spartans got off to a slow start, though, falling behind 5-11. However, they stormed back for seven straight points to take a 12-11 lead and never looked back. They stumbled in the second set but routed Brandeis the rest of the way after that.

Third-year setter Faith Ellis set up her teammates en route to 31 assists in the match. King had her best game of the season after finishing with 20 kills on an efficient .513 kill percentage. The defense of the Spartans was likewise fantastic, holding Brandeis to a mere .109 team kill percentage.

“We were very consistent in all four sets,” Farrell said. “Which is really what we need to do to consistently to win matches.”

After a win against Thiel College on Wednesday, Oct. 3, the team is off this weekend but will return to UAA action Oct. 13 and 14. Their record thus far in the season stands at 13-8, seven wins away from their season goal of 20 wins with eight regular season matches left. Four of those games will be against tough UAA foes. Needless to say, the Spartans won’t be handed any wins. Luckily, by all indicators, the Spartans haven’t reached their full potential yet. Farrell and her team will aim to use the weekend off to gain momentum heading into the final stretch of the season.