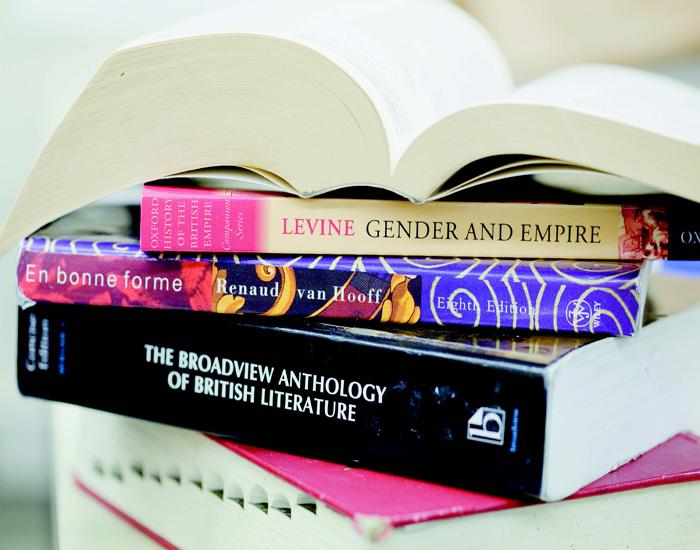 In response to concerns raised by Case Western Reserve University’s school of engineering, the University’s faculty senate has initiated an investigation into the possibility of a core curriculum that would be shared by all undergraduate students regardless of the school they belong to.

Currently the University comprises four separate schools: the College of Arts and Sciences, the School of Engineering, the Frances Payne Bolton School of Nursing, and the Weatherhead School of Management. Each school has its own general education requirement (GER) that students must meet in order to graduate. The only common requirements shared among the four schools are the SAGES and physical education curricula, although Weatherhead is known to borrow many of its requirements from the College.

Concerns regarding this system arose about two years ago when the School of Engineering requested to modify the way it employed SAGES within its general education requirement (GER). Met with a question it had never encountered before, the faculty senate had no idea how to respond.

Alan Levine, a professor in the school of medicine and the current chair of the faculty senate, explained why. “When the SAGES program was introduced a number of years ago, no one asked the question, ‘How do we change it if we need to?’ And if you go through the history, in the archives of the university, that was never built into the process,” he said. “Is each of the various departments or schools allowed to take SAGES apart—or anything apart? The answer is that we don’t know.”

This prompted the senate to look at the broader possibility of a standardized, University-wide core curriculum. (Although SAGES is a common requirement among all schools of the University, this is only because each school voted independently to include it in their individual GERs. As such, it does not currently constitute any part of a core curriculum.)

“Given those realities, which all came to surface last year, we passed a resolution in April that said we want to start a two-phase process,” said Levine.

Levine described the first phase as a period made for asking questions—“Do we want a GER for the entire campus or not?” Depending on the answers, phase two can either go forward or dissolve. “If we say no, end of story. If everyone says yes, then in phase two, which will begin in January, we’ll write the GER.”

There is also a “phase zero,” which entails an intensive search for information on how schools similar to CWRU choose to use or avoid a core curriculum. The search is presently being carried out by a task force, which will produce an interim report of the information on Oct. 1.

“Our task force is an information-gathering task force,” said Don Feke, the vice provost and a member of the group that has been pouring over pages of information from websites and other media. “We’re not to do any analysis, but just to look at universities that we often compare ourselves to. Do they have a system like ours, where it’s by circumstance, or do they purposefully require some shared GERs for the students that go there? So our task force is in the process of gathering this information.”

There are numerous questions to answer, some of which address the very philosophy behind these universities’ decisions regarding the convention of a core curriculum. There are also numerous schools that CWRU could feasibly compare itself to, including Carnegie Melon, MIT, and Johns Hopkins, among many others. Beyond these, there are CWRU’s “aspirant” schools, or universities used as models for aspiration. They include Vanderbilt, Rochester, and Washington University, among others.

“So what we’ve decided to do, because the senate isn’t giving us much time to finish our work, is focus on a smaller set of seven or eight schools and really try to dig deep into what they have,” said Feke. “The task force members have been given homework assignments to look at three or four schools and see what kind of information we can gather.”

According to Feke, some schools do not present their processes and practices clearly enough. “Their websites are pretty poor and their documents aren’t very readable,” he said. “So we don’t know which schools we’re going to pick. We’ll know in a week or so what those are going to be.”

Levine suggested that Carnegie Melon may or may not have an unnavigable website that has posed problems to the investigation.

Regardless, the task force seems to have uncovered sufficient information for the purpose of phase zero. It has been able to identify at least eight distinct advantages in having a core curriculum, and just as many disadvantages.

From this point, Levine would like to see phase one involve an all-inclusive forum that will gather the opinions of both faculty and students. Following, two smaller events involving Undergraduate Student Government (USG) and Greek life representatives are planned for sometime in the next two months, as are smaller meetings that may be organized by department or school. The final part of the phase would see a reassessment of the information brought to light in the prior meetings.

Levine refers to this as a “big-small-small-big” structure of events.

Later, the smaller meetings would be intended for “tighter units, people who see each other every day.”

Although Levine feels the vote will ultimately indicate the University’s desire for a campus-wide core curriculum, which could provide lifelong intellectual “foundations,” the task force’s findings have indicated that a common GER may not be necessary.

“I have to say that my opinion is shifting as I gather information,” said Feke. “I have shifted more to a neutral position than where I was before. I have to admit that before I started, I thought we would find that all of the quote ‘good’ schools would have a common core, but now I’ve discovered that they do not. There are very high quality schools that are viewed as being leaders in academia for undergraduate education that don’t have a common core, and they do very well without it.”

Levine hopes to have an official vote by the faculty senate on Dec. 16. As the senate stands now, it seems expressed opinion is divided. Detractors are worried that the revised GER may lack an explicit process for changing requirements in the future, Levine said. Proponents assure that a process will be written into the GER, should a new version be drafted, and that a common core would bolster the reputation of the University.