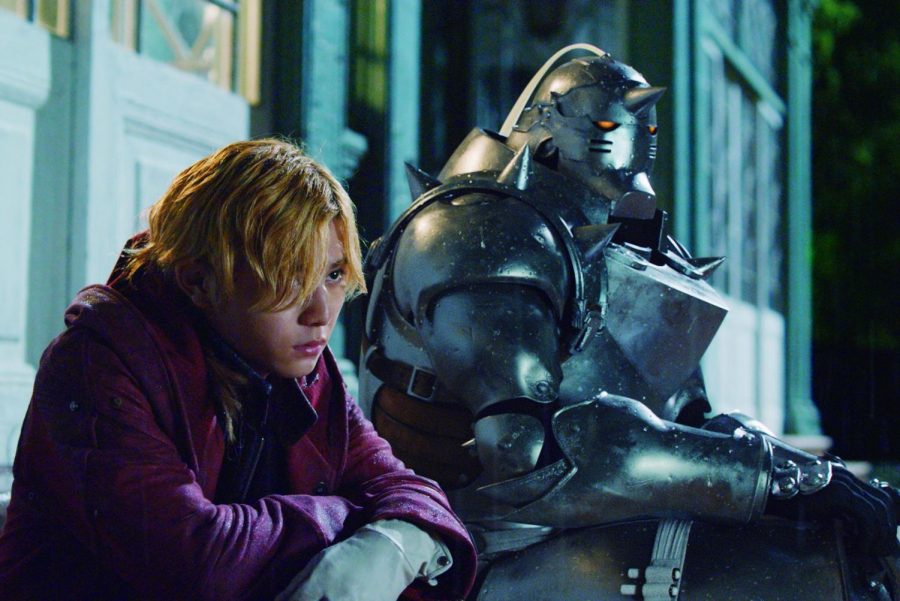 Released in the U.S. on Netflix, "Fullmetal Alchemist" tells the story of two young boys as they search for the mythical Philosopher's Stone.

“Fullmetal Alchemist” is a popular manga that spawned a large franchise that most recently includes a live movie adaptation released by Netflix. Despite the overwhelming success of the series as a whole, the live adaptation fails to live up to its source material.

“Fullmetal Alchemist” follows the journey of the alchemist brothers Edward (Ryosuke Yamada) and Alphonse Elric (voiced by Atom Mizuishi). As children, they attempted the ultimate taboo in alchemy: human transmutation. The brothers paid the price: Ed lost his right arm and left leg, and Al, having lost his whole body, is a soul bonded to a suit of armor. The film begins with the brothers searching for the legendary philosopher’s stone in order to restore their bodies.

The story from the anime and manga is long and complex, and it would be unreasonable to expect the movie to fit everything in. However, the plotlines that the movie did include were upsetting and did not explain enough to make sense to anyone who has not seen the show. Additionally, it felt like the movie skipped over key parts of the story in its rush to get to the action.

This plays into one of the biggest problems with the movie, which is that it is unclear who its intended audience is. In America, it is unlikely that anyone other than fans of the series would choose to watch it. On the other hand, anyone who is a fan of the series will probably be quite disappointed with this film.

Beyond the story, there’s more to be disappointed about. Being a Japanese production, the film is thankfully not whitewashed, but unfortunately the majority of the actors weren’t great. With the exception of Captain Maes Hughes (Ryuta Sato), it didn’t feel like the actors really captured the characters they portrayed. Moreover, many memorable characters from the series simply weren’t in the movie, and while the costumes were pretty good, the wigs were downright awful.

With that being said, “Fullmetal Alchemist” did have its good points. There were some really nice camera angles and good cinematography, and the set design and location for some of the scenes was beautiful. Also for a Computer-Generated Imagery (CGI) character, Al’s armor in particular was really well done.

But these few good aspects of the film don’t make up for the fact that this film was a bad idea and should not have been made–or maybe should have been made better. Animation was an extremely good medium for this story because of the visual spectacle of alchemy. Translating that manipulation of the environment into good CGI would have required a lot more effort and more likely, funding, than that put into this film. Also, some the mannerisms of the characters in the anime were strange to watch on real people.

Overall, if you are a fan, this movie is not worth your time. It can be a funny experience to watch one time, but there’s no compelling reason to watch the movie more than once.