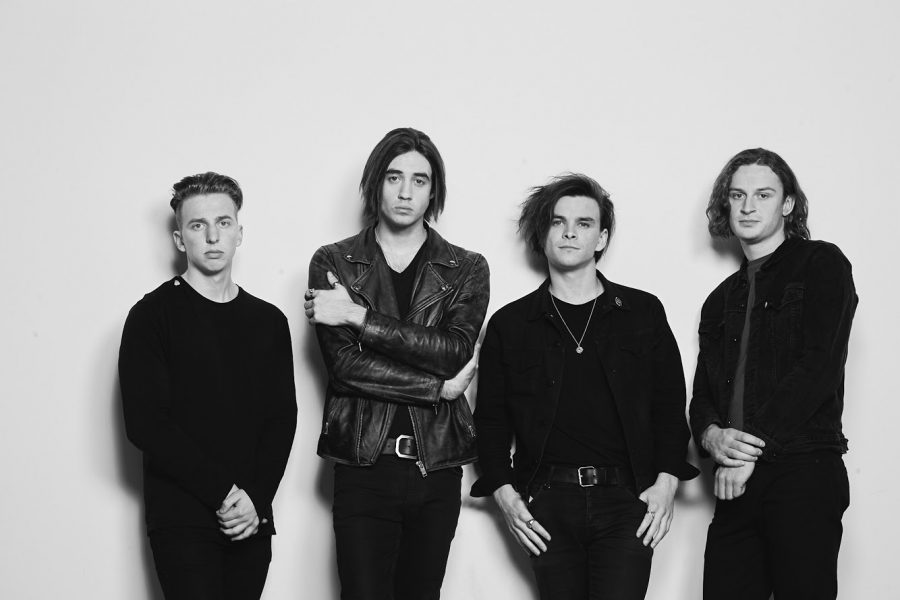 With a name that is a homophone of “fame,” it’s no wonder The Faim has earned international recognition. As the band explained on Instagram, “The word FAIM means Hunger and we felt it truly represents our ever growing and undying passion for music.”

The Australian band has almost 300,000 monthly listeners on Spotify with a surprisingly large fanbase in Germany, where they will be performing in Berlin at Lollapalooza this year. As they wind down on their North American tour with Andy Black of Black Veil Brides as the headliner, The Faim will be stopping at the Phantasy Nightclub in Cleveland on May 10.

Despite this global popularity, members of The Faim are actually from Perth, one of the most isolated parts of Australia, located more than 2,400 miles from Sydney.

Synchs jumpstarted their career. Their record label, BMG had its United Kingdom team submit the band’s cover of Blondie’s “One Way or Another” for a global Coca-Cola campaign, eventually reaching 18 European countries.

“Working with untapped talent like The Faim doesn’t happen every day… I am so pumped for the world to hear what we have created,” BMG CEO Heath Johns said in an interview for HEAVY Music & Film Magazine.

Three of the band’s current members, including lead singer Josh Raven, keyboardist and bassist Stephen Beerkens, and guitarist Sam Tye, are from Perth. Drummer Linden Marissen is from a town about four hours from the city.

Although the chemistry of the band is evident through their ability to experiment with different types of music, Tye and Marrisen only officially joined the band in January of this year, replacing former members Sean Tighe and Michael Bono. Tye had been friends with Raven since childhood, and Marissen worked in the studios that the band recorded in.

However, this short amount of time together does not deter members from making music that has been compared to big names like Fall Out Boy and Imagine Dragons. The band has actually been able to co-write with Pete Wentz of Fall Out Boy, Mark Hoppus of blink-182, and Josh Dun of Twenty One Pilots.

“Every one of our songs is completely different,” Beerkens explained. “That set us apart from other bands and helped us gained international recognition.”

Beerkens’ love for music began with classical music as he started playing piano when he was seven-years-old. Although Perth has a small music scene, Beerkens went to a lot of shows and concerts and even studied music composition in college.

The band’s diversity in music attracts many fans, including second-year student Claudia Jazowski. “The music video of “Amelie” [The Faim’s newest song] was just so empowering and I am looking forward to seeing [The Faim] live,” she said.

Despite having toured in three continents already, the band has yet to release their debut album, which is set to come out in September of this year.

Although this is the band’s second tour in North America, Beerkens explains they’ve had more time to sightsee this time around, recalling their time at the Grand Canyon and walking around Pittsburgh.

With just a week left in their North America tour, The Faim will be performing at the Phantasy Nightclub on Friday, May 10.