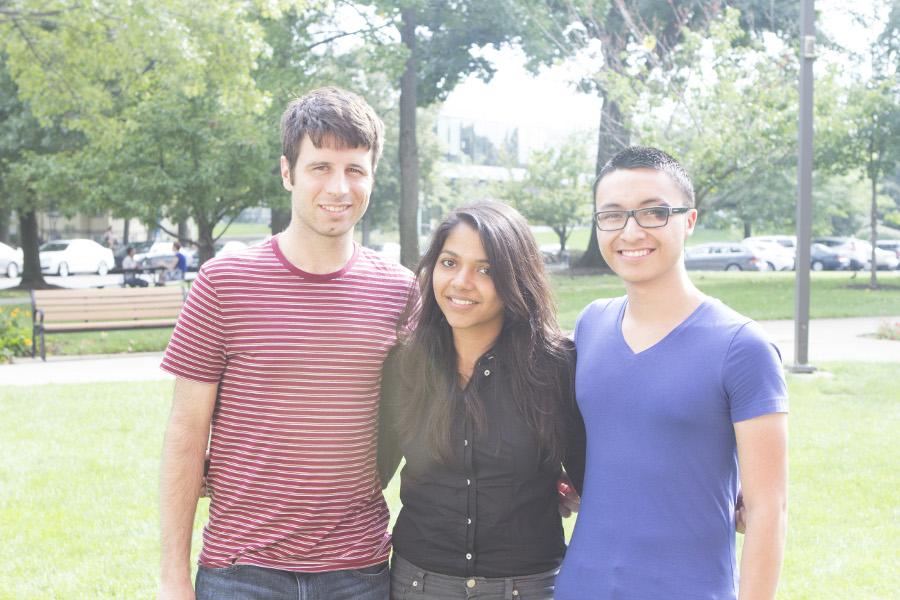 Trendenza took home the grand prize at Blackstone LaunchPad's start-up weekend with Moda, an app that helps users find matches for their clothes in-store. Three of the team members pose above. Harsha Chandupatla/Observer

Fifty hours after the start of Blackstone LaunchPad’s StartUp Weekend, student startup Trendenza emerged victorious. After a hectic competition where they had just one weekend to create an entire business idea and strategy, the four CWRU students presented their idea, called Moda, in front of a panel of judges who eventually chose them for the grand prize.

Moda is a program designed to assist clothing stores in finding clothing matches for their customers.

“I like to shop for clothes, but waiting in lines in a department store is a problem,” said Murarka, Trendenza’s CEO. “The store experience is becoming less and less attractive.”

To prepare for the pitch, the team confirmed this hypothesis by surveying 56 shoppers in Beachwood Mall, Tower City and other shopping centers around Cleveland. They found that 58 percent of those shoppers admitted to having trouble finding matching clothes, and 68 percent would consider another opinion when shopping for clothes.

With this in mind, Trendenza, a name derived from the French word for trends, decided to design a product to help stores match their clothing options for their customers. Moda is designed to be a small kiosk where customers can scan the barcode of their clothing item, and then get recommendations for other articles of clothing that match well with it.

“This is also made to help those used to the online experience, as this type of matching is available online, but not in-store,” said Murarka. “The system would be easy and cheap to set up, and can feature matches made by designers and other people knowledgeable about fashion.”

When it came time to present their idea, the team was ready to go.

“Being there, the judges seemed a little intimidating,” said Martinez.

“But we had rehearsed it a lot,” added Gutierrez. “We wanted to be super concise and enthusiastic about our idea.”

“When the judges announced we were the winners, we all thought, this is too good to be true,” said Murarka.

Going forward, Trendenza plans to seek additional funding through the Innovation Fund from Lorain Community College, a fund designed to assist northeast Ohio startups with manufacturing. Based on a positive response from informal interview with local store managers, the team hopes to integrate Moda into stores throughout the area and eventually branch out to other regions throughout Ohio and the U.S.