“Fear the Walking Dead”: All the shoddy character development, none of the fun 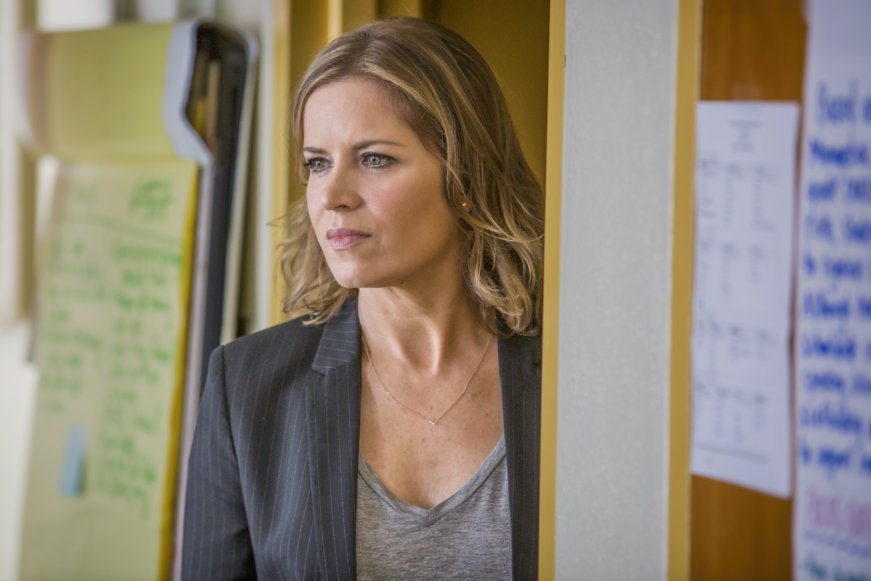 The undead come to life yet again in this disappointing prequel.

The biggest question left after the “Fear the Walking Dead” pilot is simple: Why? Not why spin-off the wildly popular “The Walking Dead,” that’s an easy answer. Why a prequel, though? Why not follow another group of survivors, perhaps led by one of the oft-overlooked background characters? Why choose to move backward?

“Fear the Walking Dead’s” biggest problem stems from this choice. The show takes one of its predecessor’s best decisions (using Rick’s coma to skip the beginning stages of the outbreak) and flips it on its head. All of the sense of genuine dread disappears; we know what’s happening next. The few sanitized walkers that appear in the pilot feel like small fry compared to what we’ve seen before. Everything feels scaled down, insignificant. All we’re left with is a boiled down, stereotypical family drama that reeks of failed potential.

The characters, who range from only vaguely annoying (Cliff Curtis’ Travis, who is dumb enough to go investigate a possible murder alone, at night, in an abandoned church) to absolutely insufferable (Alycia Debnam-Carey’s sullen teen; Lorenzo James Henrie’s even sullen-er teen), all struggle with the idea of possible zombie apocalypse in their own way. Their plight is clearly meant to be relatable and interesting, but instead, it just falls flat. We want them to be smarter, faster, to pick up on what’s going on since we already know.

Like the original series, “Fear the Walking Dead” operates primarily in archetypes. Without any of “The Walking Dead’s” action to keep viewers invested until the characters can be more fleshed out, though, “Fear” quickly runs out of steam.

The actors, to their credit, are giving their full commitment, even with cringeworthy writing. They all clearly deserve better than this. “Deadwood’s” Kim Dickens is too good to have to say lines like, “Could you carry some hope into the discussion?” Debnam-Carey, right off an excellent turn on The CW’s “The 100,” is wasted, relegated to eyerolls and angst.

This, again, raises the question of why? I don’t think anyone was clamboring for a character drama from the creators of “The Walking Dead;” a buddy comedy featuring Daryl and Carol busting heads (literally) and taking names, maybe. But all the slow, stilting character beats without any of the zombies? Not so much.

The final scene, at least, hints at better things to come. Maybe, as the characters continue to develop and begin to catch up to the audience’s knowledge of what is going on, the series will evolve into something more. For now, though, it’s not worthy enough to survive.