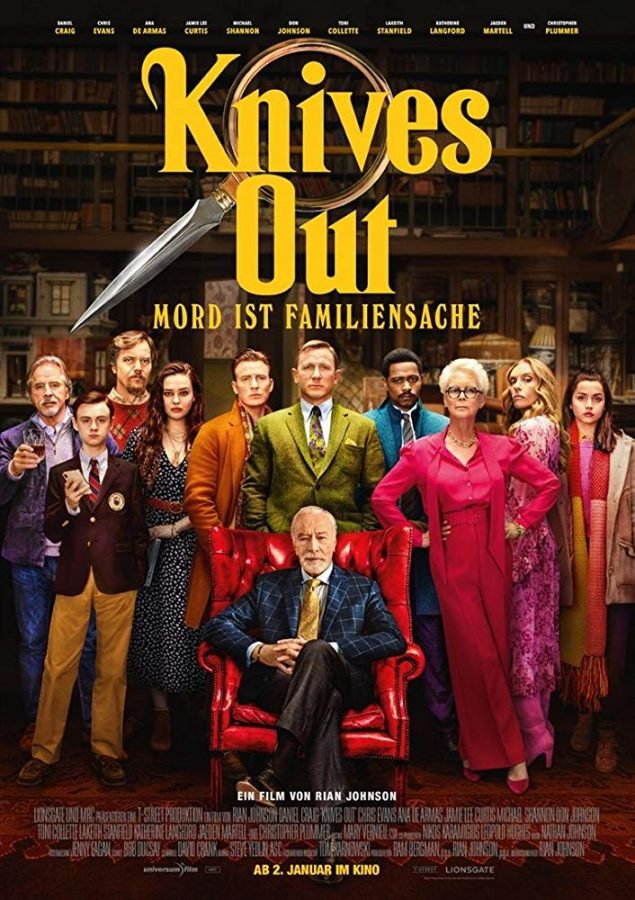 The film kicks off, as whodunit movies and television shows often do, with someone finding a dead body. In this case, Fran, a housekeeper played by Edi Patterson, walks in on the dead body of Harlan Thrombey, played by Christopher Plummer.

Also typical of the whodunit genre, upon the discovery, the housekeeper, out of shock, starts to drop what she is holding, which, here, is a tray with breakfast and a mug of coffee. However, at this moment, Johnson subverts the genre’s expectations. Instead of letting the tray crash to the floor with a shatter, Fran comes out of her shocked stupor and catches it.

Though this moment can easily be overlooked, it hints that this film will not be your average whodunit. Johnson both works within the genre’s conventions and then subverts them.

Johnson continues to subvert and undermine expectations throughout the film. Though the event that kickstarts the movie is Harlan Thrombey’s death, the central character is not one of his rich and white family members, but Marta Cabrera, Harlan’s nurse, played by Ana de Armas.

A monumental surprise early on in the film is the reveal of who was responsible for Harlan’s death. Typically, the audience is left guessing until the very end of the film. Instead, Johnson presents his viewers with this knowledge way before they would expect it, and then treats them to an entirely unexpected plot. However, everything is not as it seems in the Thrombey household.

To accompany the subversive plot, “Knives Out” is star-studded with incredible performances, not just by the aforementioned de Armas and Plummer, but also by Hollywood A-Listers like Chris Evans, Daniel Craig and Jamie Lee Curtis.

De Armas was especially great as Marta, an outsider who had to fight to survive in the Thrombeys’ world. Evans was also particularly spectacular, playing the charming and cunning grandson of Harlan Thrombey in a way that may make one think that, in a different world, perhaps he could’ve played Tony Stark instead of Steve Rogers.

Beyond the genre subversion and the brilliant acting, however, Johnson’s “Knives Out” was a critique of privilege in our culture. Marta Cabrera is a young working-class Hispanic nurse who is up against a clan of white people who were all born rich (though each of them claims to be self-made).

Each Thrombey will protect themselves and their money by any means necessary. They are so convinced that they rightfully deserve all the wealth their patriarch left behind, so anything that threatens that inheritance must be dealt with. Meanwhile, Marta has to use everything she has at her disposal to make it out of this crazy game.

The film is critical of people born into privilege. Even more so, however, it is critical of privileged people who put on the appearance of being compassionate, aware or “woke.” Many of the Thrombeys try to present themselves exactly in that way, but they are still selfish and cruel. Marta, on the other hand, acts almost exclusively out of selflessness.

“Knives Out” is a joy from start to finish. I don’t want to spoil anything else, in case you still haven’t seen it. If you haven’t, make sure you go see it at Film Society’s showing tonight. And if you already have seen it, I’d recommend going again, because it’s just that good.