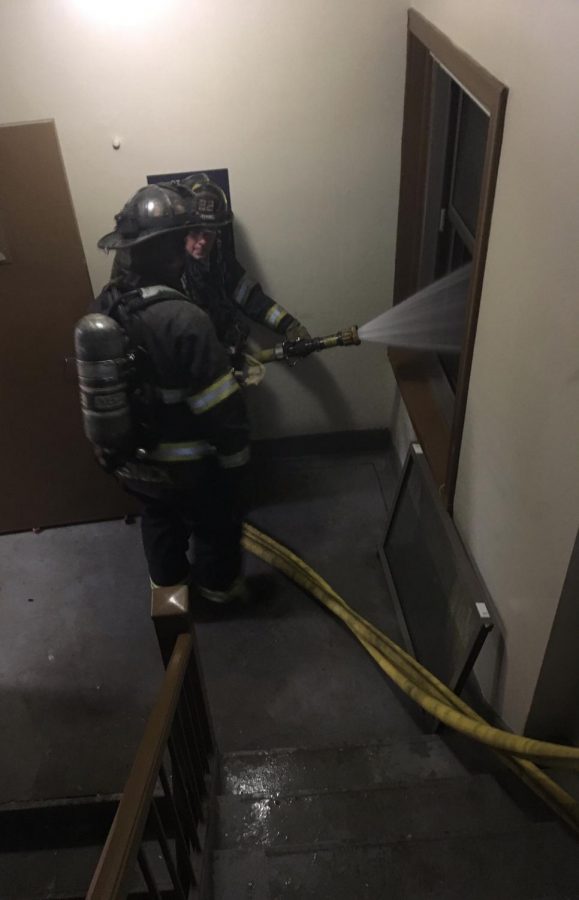 The fire at Commodore Place Apartments was caused by was likely caused by improper disposal of smoking equipment. No injuries were caused by the fire.

A fire broke out at Commodore Place Apartments, a 12-story building with 198 housing units, on Thursday, Sept 5. at 8:41 p.m. A massive amount of smoke erupted from the building, forcing residents to leave and drawing concerned onlookers from Hessler Road and other parts of University Circle.

Fortunately, no injuries were reported, and the property damage was minimal according to the Cleveland Fire Department. The fire started in the trash chute, and was likely caused by improper disposal of smoking equipment, such as a lit match or cigarette.

“Because of the size of the building, the amount of smoke that was shown and the number of residents, we called a triple two-alarm,” said Cleveland Fire Department Public Information Officer Lt. Mike Norman. “We have four engine companies, three ladder companies, two rescue squads, two battalion chiefs and the assistant chief.”

Firefighters used electric fans to push the smoke out of the building. Norman said the fire remained contained in the trash chute, so no residents were displaced due to fire or smoke damage.