On the Beat: Fire, fire 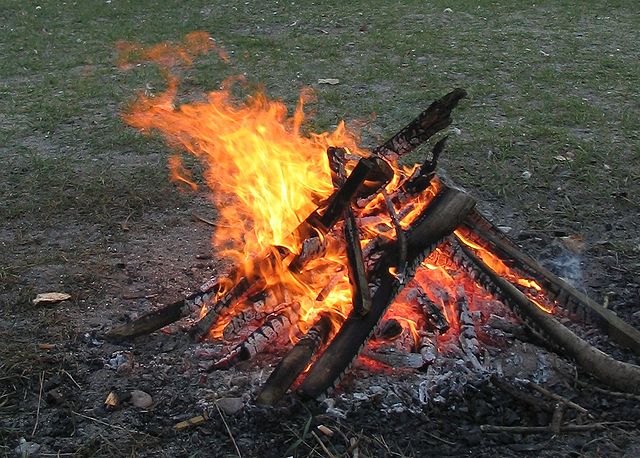 You are about to drift off to sleep after another fun-filled day here in Spartanland, going into your own special happy place when “BRAAAANG.” As you snap awake, you swiftly realize you are not in a submarine under depth charge attack, but you are in a Case Western Reserve University residence hall where the fire alarm has just gone off.

Fire safety is a concern everywhere, and all CWRU buildings, academic or residential, have some type of fire alarm system in them. Every year it seems as though we have a few close calls with fire, as well as a lot of unnecessary false alarms, so here are some tips.

When an alarm goes off in any university building, evacuation is mandatory—mandatory as in you have to do it and it is university policy. This actually is for your own safety: just because you can’t see a fire right away doesn’t mean there isn’t one, and fires spread faster than you think. You can check out “Christmas tree fire safety” on YouTube for a vivid demonstration of this.

The Christmas tree example also explains why certain items are prohibited in residence halls, such as the Christmas tree itself or heating lamps for your pet Gila monster. Also, just like on an airplane, trying to disable smoke detectors or alarms is a crime, as well as a stupid idea.

In most cases however, fire alarms are false alarms. Cooking is the primary culprit in residence halls and academic buildings, and it can be avoided by following simple rules. Watch your food while it’s cooking, add water if instructed to and in the amounts suggested, follow the rules on microwave popcorn (it comes with instructions for a reason)—you get the idea. This way you can avoid being the one who just triggered an evacuation of your residence hall at 2 a.m. on a snowy morning.

And for the smokers out there, remember cigarettes are a heat source until properly put out as well, especially before sleeping. Fourteen years ago, a John Carroll University senior died the week before commencement in a late-night party/cigarette-related fire. I know; I was there. It was very sad.

So let’s look out for each other and keep an eye on the popcorn.

On the Beat is a weekly safety column written by Sergeant Jeffrey Daberko of CWRU PD. He welcomes questions, suggestions and gripes/groans/moans/complaints about campus life at policecolumn@case.edu.