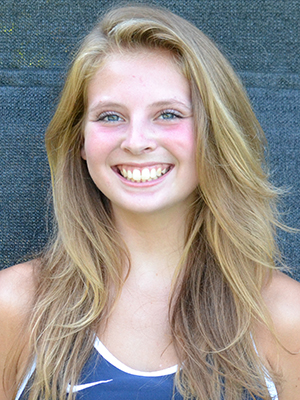 Cristina Hoog, who goes by Nina, is a first-year tennis player on the Case Western Reserve University tennis team. Academically, Hoog plans to major in biomedical engineering. While she says that playing on the tennis team is challenging in terms of time management, she also believes that it has been rewarding and has taught her many life skills.

How was your transition into college while playing a sport?

Playing a sport made the transition a lot easier going into college since I already had a set group of friends who were super supportive and helpful. A lot of what contributes to the stress of transitioning into college is making good friends fast, so in that sense, being on the team from the beginning made me feel like I was part of something already.

What is the hardest part about being on the tennis team?

The hardest part of being on the tennis team is definitely managing your time. With practices, lifts and difficult classes, prioritizing is a necessary skill that everyone on the team develops, although it takes a lot of practice.

What is your favorite memory on the tennis team?

I haven’t been on the team too long, but I do remember playing a match at our first invitational held at Oberlin College, where I played doubles. My partner and I were down a couple match points and games, but we managed to change our strategy just in time to come back and win in a tiebreaker.

What made you decide to major in biomedical engineering?

What is a piece of advice that you live by?

I have always tried to take any opportunity offered to me, and not let difficulty or busyness of a schedule affect what I wanted to do. I have always been afraid of regretting not doing everything I can to accomplish my goals.

How has the tennis team changed you as a person?

After many years of playing competitive tennis tournaments in a generally individual setting (not being on a team), being on a team where there is so much more support, and having people cheering for you on court has been such an amazing experience. It has made me much more confident, as well as given me the feeling of being part of something.