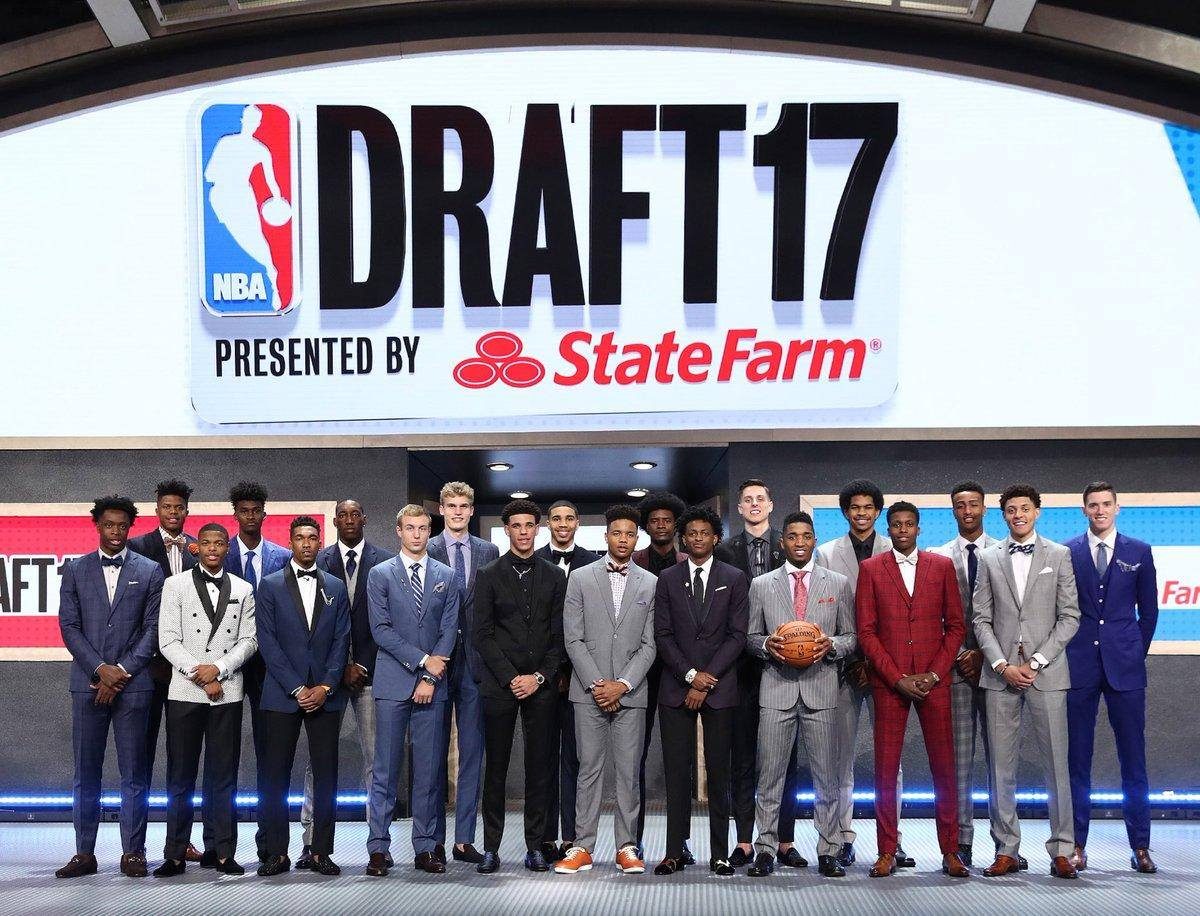 The NBA Board of Govenors is considering drastic changes to the NBA Draft lottery.

Welcome to Beyond the Arc, a new part of the section devoted to discussion about the general sports world. Each week, a few of our writers will talk about an interesting sports topic not seen in our regular coverage.

This week, we are discussing the NBA Draft lottery reform that will be considered by the board of governors on Sept. 28 to try and deter tanking, or intentionally losing in order to gain a higher draft pick. If passed, the worst three teams in the league will have the same odds for the number one pick (14 percent), and the team with the worst record could fall as low as fifth in the draft. Currently, the worst team has a 25 percent chance of receiving the first pick and a guaranteed top four selection, while the second and third teams have 19.9 percent and 15.6 percent odds, respectively.

JR: The new draft system is great so we don’t ever have to witness the [Philadelphia] 76ers tank for what felt like 5 years. Tanking is a ridiculous problem that only heavily affects the NBA due to the fact that one player addition can completely revitalize a franchise. I’m all for it.

AF: Eliminating tanking is impossible. Teams that will not make the playoffs are not going to try to win every game; rather, they are always, always going to want to lose games so that they get a better draft pick. This is a simple strategy that makes too much sense to not implement. Take the Sacramento Kings, for example. They would need a miracle for them to even be close to the playoffs this year. Therefore, they will try to lose. Now, this solution will take away the extremes of tanking (i.e. 76ers, yet that strategy is paying off right now), but it will not get rid of it. The worst place for a team to be is in the middle: not good enough to go to the Finals, but not bad enough to get a decent draft pick. It is virtually impossible to move upward in the NBA power hierarchy without a top six draft pick, so teams will “tank” (rebuild) and try again. I like the proposal and it will definitely take away the extreme cases, but tanking is not as much of a problem as we make it out to be.

SA: I agree with Jacob about how some teams, especially the Sixers, make tanking part of “trusting the process” in order to get enough top promising prospects to create a future successful lineup. Most of this debate relies on teams building up for the future by acquiring top prospects. However, considering the current NBA draft, I feel that no changes should be made to it. I realize that tanking is a huge problem and many fan bases despise watching their team tank, but looking at successes in picks that went to non-tanking teams, the draft seems to be successful. The prime example of this is Malcolm Brodgen who won Rookie of the Year last year, being the first second round pick to ever do so. He also played for a playoff team, the Milwaukee Bucks.

NC: The old system definitely rewarded tanking, but I don’t believe the new system will solve it. Another option could have been to decrease the odds of teams that successively miss the playoffs, thereby making it so that teams like the 76ers would have lower odds than teams in the top quarter of their conference by now. Such a system may push teams to try for the playoffs, at least once every three years. But I don’t believe any system can actually stop tanking.

AF: I think the point to remember is not that the second pick is a lot worse than first, it’s that first is much better than second,  and second is much better than third. As a team, if I’m at the trade deadline and I see I’m not making the playoffs, I’m trying to get the best draft pick possible, no matter what the lottery situation is. High draft picks have so much value that tanking is just too good to pass up. And yes, with analytics playing such a big role in the NBA today teams will find the best way to utilize their season, whether it be planning for the future or trying to win now. In reality, there are the only two viable strategies: “win now” or “win later”. And with the present bipolar power system of the Cavs and Warriors, “win later” looks really attractive to the bottom-tier teams.

SA: I mean the point of the draft is to help teams with bad records get a top prospect to rebuild their franchise and be prepared for next year. Many people who watch the NBA care about their team in the current year more than the following year. Also, knowing that many future picks after 2019 have been traded in the last few years, it makes the teams who received them feel cheated due to their lower value.

JR: Off of Andrew’s point, I don’t think eliminating tanking is impossible. While I do agree that the Sixers did a decent job at rebuilding, there is still no guarantee that they are going to be a playoff team this season or anytime in the next few seasons. I think if we completely eliminate all incentive to tank, then there won’t be a problem. It’s ridiculous that players, as competitors, are comfortable with their coaches and general managers putting them in the position to lose.

There should be a program that completely eliminates all incentive to tank. Do I know what that  program would entail? Absolutely not. Then again, I don’t get paid millions of dollars by the NBA to figure it out. I would be open to the job though.