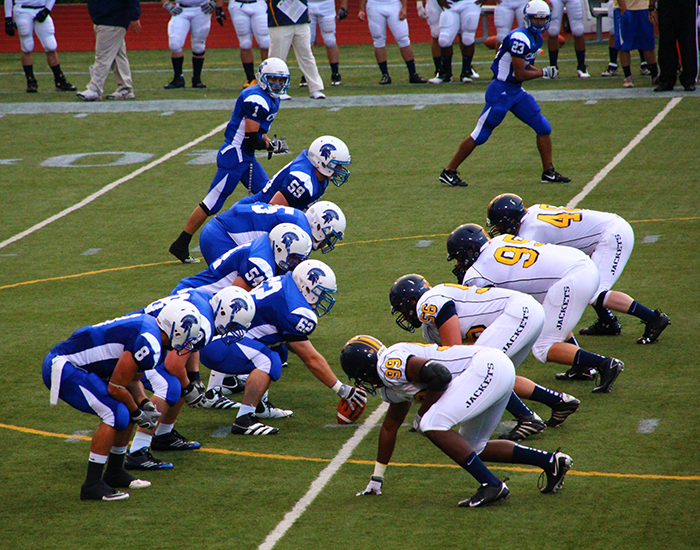 The Spartans will have an ambitious 2013 season this fall competing against teams from Ohio, Maryland, Missouri, Illinois, Oregon, Washington, and Pennsylvania.

Five states, three time zones, and roughly 6,800 miles of road will be covered for the Case Western Reserve University football team during the fall of 2013.

With the University Athletic Association-North Coast Athletic Conference scheduling agreement having ended last season, and the Spartans’ affiliate membership in the Presidents’ Athletic Conference not beginning until the 2014 season, 10th-year Head Coach Greg Debeljak had to search across the nation to fill the team’s schedule in 2013.

“Without a doubt, this was our most difficult year for scheduling,” said Debeljak, who is 67-27 in his nine seasons. “Conference obligations for a lot of our traditional opponents as well as other programs we were interested in playing didn’t leave a lot of open dates. This will be the first time since 1987 where our program hasn’t scheduled 10 regular season games. At the same time, this will be the most unique schedule we’ve played, and it will provide us with great opportunities along the way.”

All told, the team’s round trip will be around 3,650 miles more than two-time defending Bowl Championship Series National Champion University of Alabama.

The Spartans open the season with a pair of games in the Buckeye state, including a Sept. 7 home opener versus Marietta College at 7:00 p.m. at Case Field. Traditional opponent Oberlin College will be the team’s first road game on a non-traditional day for college football – Sunday, Sept. 15. That game has been moved from Saturday to Sunday in observation of Yom Kippur.

The following week, the team makes the first of its long road trips to Frostburg, Md. to play Frostburg State University, who along with Marietta was a first-time opponent last season.

Sept. 28 will serve as Homecoming in University Circle with Linfield College of McMinnville, Ore. as the opponent. The Wildcats, 2004 NCAA Champions, have compiled a 100-19 overall record since 2000, with eight trips to the NCAA Playoffs.

October will then provide plenty of opportunity for rest as the team plays only two games – each at the end of the month. The Spartans’ longest trip will take place on Oct. 19 with a 1:00 p.m. (PDT) game in Tacoma, Wash. versus the University of Puget Sound. The squad then returns home to host Trinity University of San Antonio, Texas on Oct. 26. Trinity has had eight playoff appearances since 2000 and was national runner-up in 2002.

Linfield, Puget Sound, and Trinity are all first-time opponents.

“There are obviously two schools of thought with our schedule in October,” said Debeljak. “As a coach, you worry that your team might lose its rhythm by having two-consecutive weeks off in the middle of the year. However, we’ve got to view it as an opportunity to rest up and prepare for the UAA schedule.”

November will take on a similar identity to years past with three-straight weeks of UAA competition. The University of Chicago will visit Case Field to open league play on Nov. 2 at 1:00 p.m. The Spartans then make one more long road trip to Washington University-St. Louis for a 12:00 p.m. (CDT) kickoff on Nov. 9. Rival Carnegie Mellon University is the final opponent of the season for the 28th Annual Academic Bowl on Nov. 16 at 6:00 p.m. in Pittsburgh.

“Our guys are going to be put to the test with the amount of travel and the number of quality opponents on the schedule,” said Debeljak. “But, we’ve got a great opportunity ahead of us, and we won’t deviate at all from our goals of winning the UAA and reaching the NCAA Playoffs.”