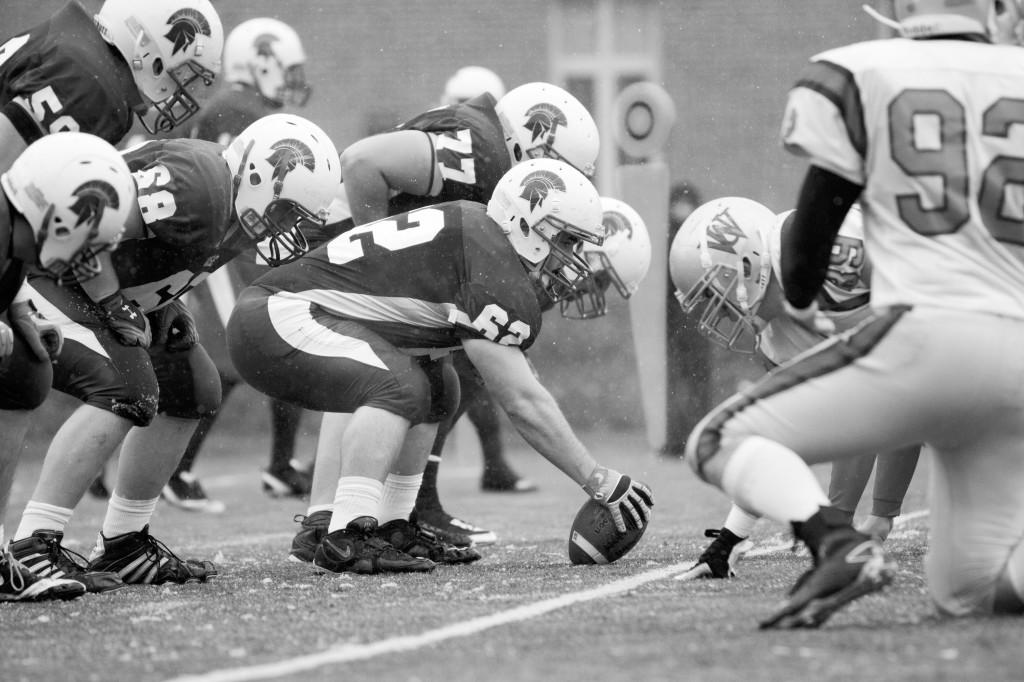 With the win, the Spartans finish the season at 8-2 overall and 1-2 in the University Athletic Association. The 15 Spartan seniors honored before kickoff finish their careers with a combined regular season record of 38-2. With its loss, Carnegie Mellon finishes its year at 4-6 overall and 0-3 in the UAA.

The two teams played to a scoreless first quarter, but the Spartans opened the second with an 11-play, 60-yard drive that ended in an eight-yard touchdown run by senior Derek Bush. The point after by senior placekicker Sam Coffey made the score 7-0 with 11:15 remaining in the half.

The Spartan defense forced a fumble on the ensuing possession, and the offense capitalized with an eight-play, 49-yard drive culminating in a nine-yard TD pass from Baum to Homyk. The PAT made the score 14-0 with 7:03 left before half. On the drive, Homyk broke both the career receptions (203) and single-season receiving yards (1,039) records, which were each held by David Kallevig (2001-04).

Case added to its lead in the third quarter when Baum hooked up again with Homyk for a 27-yard TD to cap a nine-play, 54-yard drive at the 11:27 mark. Later in the period, Baum tossed his third TD, this time to Nicely from 15 yards out to cap a seven-play, 81-yard drive at the 00:46 mark.