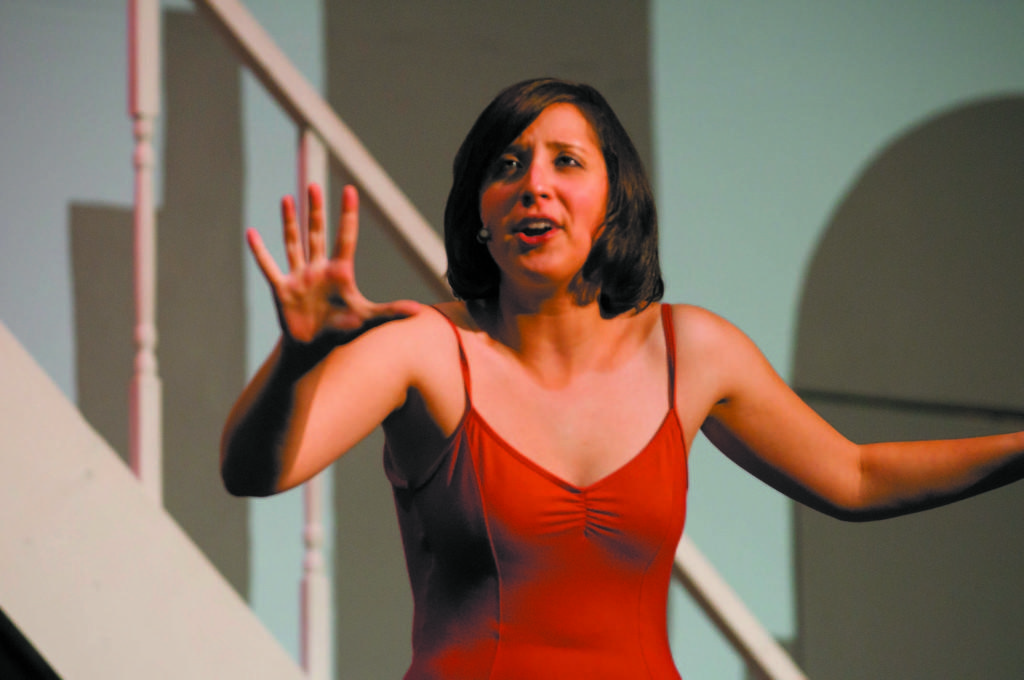 Straight from Broadway script, Thoroughly Modern Millie has arrived on the set of Case Western Reserve’s campus for the first time. Initially conceived as a movie in 1967 and later as an award-winning Broadway musical in 2002, the production has been followed by wide-spread success.

The play, presented by CWRU’s student musical company, Footlighters, revolves around the antics of a young girl named Millie Dillmount in the 1920’s as she moves to New York in an attempt to marry out of money instead of love. From there, she takes a job as a stenographer, picks up a flapper lifestyle, finds love, and gets herself mixed up with a criminal trade of young girls to China.

Among some of the show’s musical highlights are “The Speed Test,” an incredible workout that features a strenuous tap-dancing routine and lightning-fast singing from a number of cast members, and a raucous 1920’s jazz rendition of a classic Tchaikovsky ballet, known in this production as “The Nuttycracker Suite.”

The titular role is performed by senior Kari Davis, who also starred in spring 2008’s production of Chicago as lead character Roxie Hart, when she was a freshman. Trevor Graydon, the boss who she sets out to marry is played by _____________, while ______________ plays her separate love interest, the carefree and clever Jimmy.

Eric Yarham, Millie’s director, said, “I made the decision for choosing this play because I loved the music, the structure, the array of different characters and the wide vocal ranges.”

“The kids from Footlighters are very talented,” said choreographer Charlotte Ghigliazza. “We often have to put around 8 hours a week in, and that’s a normal week. In that week, we usually have 2 dance rehearsals. The exception is the week before the performances.”

In the week before, all the members of the cast, technical crew and the musicians practice together for lengthy hours. All in all, it takes about two months to fully put everything together. But magically, in the last week, it starts coming together to make a final masterpiece.

As her first big choreographed show, Ghigliazza said that, “I was intrigued by the dancing aspect of the play, with the contrast between the seriousness and the goofy over the top-ness.”

The show in itself is unaltered from the Broadway version. However, all the choreographed sequences were made by Ghigliazza. With all the dance work, “the show had a lot of sharp tap work,” says Ghigliazza. “I don’t have as much experience with tap, so we got help from Mallory Koons, our tap choregrapher. We worked in collaboration – we based the tap on what we saw on Broadway and other school’s interpretations of it, but other than that, I told her what I wanted, she put it together, and then we decided what we did and didn’t like.”

The show opens on Thursday, Oct. 28 in Carlton Commons and continues on Friday and Saturday, with the performance commencing at 8:30 p.m. each of those nights with the additional traditional midnight performance Saturday night.

“I’m looking forward to seeing all the talent,” said Yarham. “I’m excited to see the whole thing come together and I loved how there were so many different musical backgrounds.”