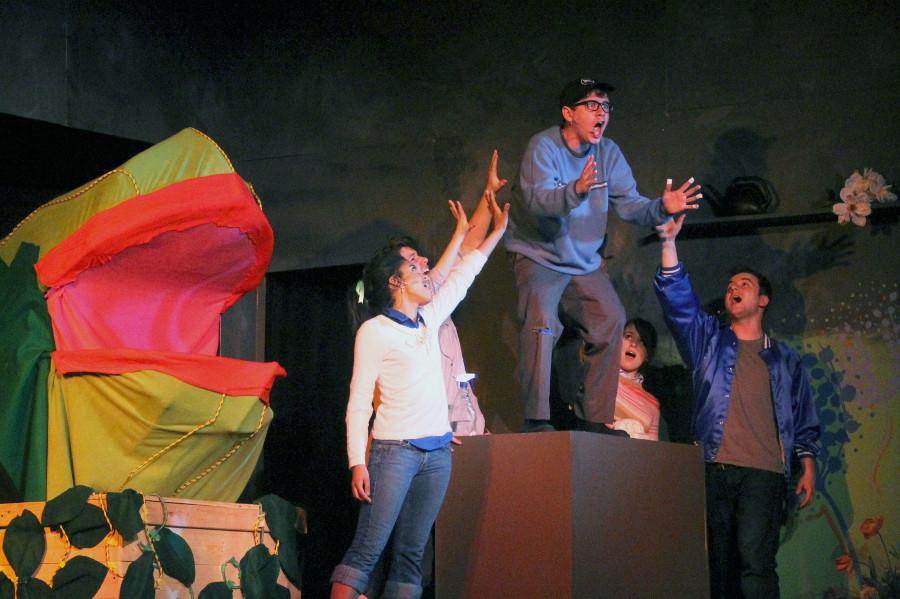 This past weekend, street urchins and a bloodthirsty plant sang together as the Case Footlighters put on a performance of “Little Shop of Horrors.” Expectations were high and the audience was large (it had the fifth highest attendance of any show in the club’s history), and fortunately the show delivered and the audience members were more than pleased.

For those unfamiliar with the show, “Little Shop of Horrors” follows Seymour Krelborn, a nerdy orphan who works at a flower shop. He develops a crush on his co-worker Audrey while being constantly belittled by their boss. One day he finds an unknown plant that he calls Audrey II, which craves blood and sings for food.

From the beginning of the show, it was clear the entire cast knew how to use their talent. Second-year student Amanda Rulis, as Audrey, has a powerful singing voice and the street urchins portrayed by a group of girls and guys captured attention with their commentary. Third-year student Zach Palumbo’s portrayal of the shy Seymour was everything I wanted it to be.

But what truly blew me away was Keith Dona’s performance as Orin Scrivello, D.D.S. Dona brought about an energy and craziness to the dentist that made the night. He put everything into his character and attitude, and the audience members soaked it up, unable to contain their laughter. In addition, even out of sight, second-year student Aaron Magid as the voice of Audrey II was spectacular. It had a cynical tone that showed the plant’s true evil.

In conjunction with the singing and acting, the choreography was great despite the limited space. Choreographer Richard Oaxaca knew exactly what the show needed and delivered routines that fit perfectly.

Watching audience members who had never seen the show before added an element to the experience. The energy and reactions they delivered were nearly as entertaining as that of the performance. Heather Eby, a first-year with a passion for saving the environment, said “it was a strange but interesting play, but viewers should not be discouraged to support plant life; #gogreen.”

First-year Dillon Brown said, “They did a really fantastic job with animating the plant and the actor who voiced the plant was absolutely fantastic, but I think that the visual construction [of the plant] fell a little short in comparison, though it did improve from the first show to the last.”

The show was not perfect, as there were a few technical problems. There were minor issues such as microphone problems and overpowering background music that sometimes made it hard to concentrate on the performers. And while the dance on the ground level of the stage was reported to be beautiful, I unfortunately could not see it due to my lack of height.

All in all, the group gave a great show that everyone at CWRU, including the prospective students, appreciated.