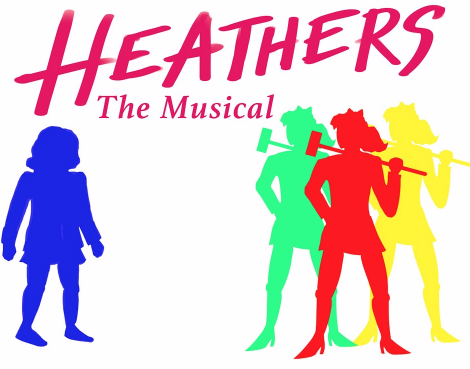 Where can you see what has been described to me numerous times as “the 1980s version of “Mean Girls,” but with murder?” Next week in Carlton Commons on South Side, the CWRU Footlighters, the completely student-run musical theater group on campus, will present “Heathers: The Musical.”

A hugely popular cult classic movie-turned-musical, “Heathers” seemed to excite all involved—from the actors, to the pit orchestra, to those working behind the scenes—when it was announced as this semester’s musical.

“We love ‘Heathers’ because it delves into problems everyone faces and takes them to the extreme,” fourth-year Jonah Roth, director of “Heathers,” said.

Because of the emotional roller coasters that many characters in the show endure, the process of rehearsing and performing “Heathers” is exhausting, but fun and rewarding.

Reno Tarquinio, a first-year playing Hipster Dork, said, “I expected to be an outsider as a first-year in this musical, but there are eight [first-years] in a 17 person cast…. It is a little strange because a … majority of the cast is learning how a new group operates, but the older members are very inclusive and helpful all the time. I expected a much rougher transition to the group, and I’m glad everyone is so nice.”

“It’s been a lot of fun teaching our traditions to the next generation of Footlighters,” Beth Magid, a fifth-year student playing Veronica, the protagonist, said.

“Both the characters and the cast are so fun and dynamic — the times when we really get to dig into the characters through improv, movement work and one-on-one discussions are my favorite,” Roth said. “I always come away learning something new from the actors, and usuall—hopefully—they seem to come away with a better understanding of what they’re doing on stage as well.”

The Footlighters’ process of student inclusion and production leaves participants much more well-rounded in the world of musical theater and leads to an exciting, enjoyable and educational experience for all involved.

“Musical theater is a huge part of my life—it is how I stay sane in school. I started working with the Footlighters my freshman year. Since then, I have acted in three shows (four, counting ‘Heathers’), stage managed one and directed two…. I also think it is important for actors to know about other pieces of the process like stage lighting, set building and sound designing,” Magid said.

Even though this is Roth’s first time directing a musical, he is no stranger to directing in Eldred Theater’s Black Box. He said that “musicals are a fun, new challenge” for him.

After putting in over a dozen hours of rehearsals each week, the cast of “Heathers” wishes nothing more than that you come see the show.

“…No matter whose names you see associated with ‘Heathers,’ putting on this show is a tremendous team effort with uncountable moving parts,” Roth said. “We’re very lucky to be getting to work with so many talented and hardworking artists, and I hope that everyone gets the recognition they deserve.”