Founder of Me Too movement draws huge crowd to Maltz 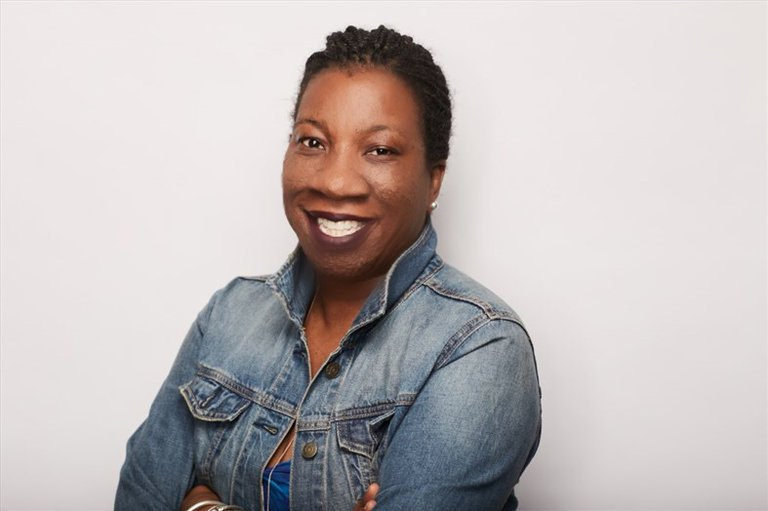 Last Tuesday, Case Western Reserve University boasted the opportunity to host Tarana Burke, founder of the Me Too movement and globally esteemed activist, at the Milton and Tamar Maltz Performing Arts Center as part of its ongoing ThinkForum lecture series. Her talk was followed by an audience-led question and answer session.

Born in New York’s Bronx neighborhood, Burke herself is a survivor of sexual assault who started her career in social justice in Selma, Alabama working with the 21st Century Youth Leadership movement. She credits this work for inspiring her more recent contributions to civil rights.

As Burke explained during her Oct. 16 talk, “I started with the seed of Me Too at my camp with the 21st Century movement. I was taught I had power, citizen power, because whenever an issue came up and I complained, I was told to follow my words with actions [and] to do something about it, so I started my first work with racial justice.”

She is currently Senior Director at the Brooklyn, New York-based Girls for Gender Equity and is most widely known for coining the phrase “Me Too” to raise awareness of the culture surrounding sexual abuse and assault. The term was first used by Burke as early as 2006 and has since spawned a worldwide civil rights movement.

#MeToo is a worldwide organization founded on the basis of fighting sexual harassment, abuse and assault. Actress Alyssa Milano introduced the hashtag on social media in 2017 in an attempt to draw attention to sexual assault and harassment, building on the decades of Burke’s fight as a civil activist for recognition of these complex issues.

Burke cited her awakening in motivation to spread awareness on sexual assault at a camp in Selma after listening to a young girl, codenamed “Heaven,” recount a disturbing sexual encounter. As Burke said, “I remember Heaven as being loud, brashy and a lovable brat, but when she stood there trying to tell me her experience and hopefully trust an adult with her pain, I just stood and said nothing. I just didn’t have it in me to be able to provide her with support.”

She continued, “This 13-year-old knowing her demands to hear out her story was intense. It’s scary affecting a person’s trajectory, and so I didn’t know what to say.”

Her inability to help Heaven cope with emotional trauma—able only to respond “Me too”—inspired Burke to embark on her fight against sexual misconduct. She coined the term “Me Too,” founded “Just Be Inc.,” an organization which promotes the wellness of young women of color and now funds various startup activism efforts through Me Too.

Burke’s lecture was extremely well received by the audience. In a newsletter sent out by the Director of the Flora Stone Mather (FSM) Center for Women, Dr. Lisa Nielson wrote, “There was so much demand for tickets, the events team opened an overflow space in [the Thwing Center] so more people could hear her speak. It was clear her message and mission are important to us all.”

A highly charged and emotionally profound atmosphere developed over the course of the talk, and audience members were empowered to ask how they could contribute to the Me Too movement and what it represents.

Many students felt inspired and motivated by Burke’s lecture, one citing her as the inspiration for their bachelor’s degree. “I was already on the path to social work, but Burke’s talk galvanized me to be more active on campus,” the student explained.

The Feminist Collective at CWRU, an extracurricular discussion group regarding women’s issues, also had several students speak during the Q&A period. Common themes included the recent Supreme Court hearings and a sense of empowerment to speak out against sexual violence because of the example Burke herself puts forth.

Burke has shared a powerful message of unity, empathy and outreach in support of survivors of sexual trauma to inspire solidarity, amplify voices and put the focus onto them. As she stated in her lecture, “Just having me speak here for an hour won’t do anything; one needs to focus on change within the community by the community. Those affected don’t have to share their stories, but they need to realize their worth and power and harness it.”

Her upcoming book, “Where the Light Enters,” discusses her personal journey as well as the foundations of the Me Too movement.

Burke’s talk was presented with support from the FSM Center for Women and a community partner, Planned Parenthood of Greater Ohio. The next ThinkForum lineup features journalist Julia Ioffe, where she will present a lecture titled “What Russia Wants (and What It Means for America)” on March 5.