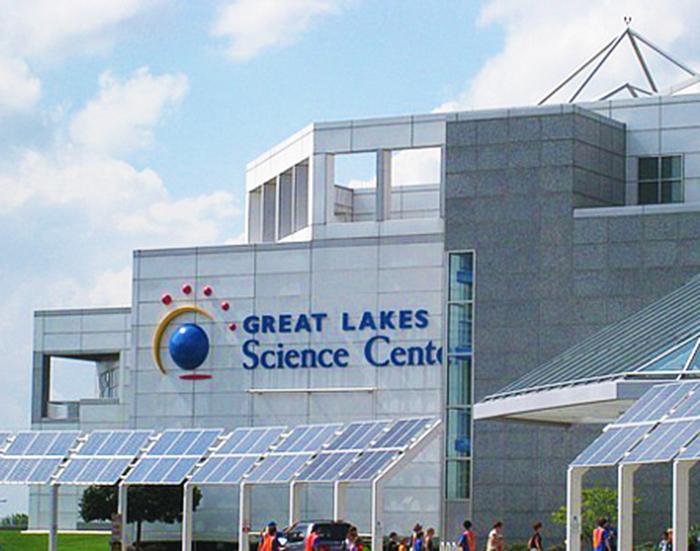 The speakers included Case Western Reserve University’s own faculty, such as Mark Turner, professor of cognitive science, and David Schiraldi, professor of macromolecular science and engineering.

Other speakers included operations manager of think[box] Ian Charnas, and Amanda Whitener, Director of Visitor and School Engagement at Great Lakes Science Center. The topics ranged from linguistic research to practical tips for getting oneself organized in the middle of a busy schedule of a typical college student.

Bringing a completely new philanthropy event on to the CWRU campus required careful planning on behalf of the two fraternities.

“The brothers of Sigma Nu approached us with the idea of doing something along the lines of ‘TED Talks,’ but featuring our esteemed faculty and accomplished individuals from Cleveland,” said Grant Pignatiello, a member of Sigma Phi Epsilon and one of the organizers of CELLS.

“A group of us started planning the event in the summer, and I think we met at least 20 times over the months of June to November to plan the event,” he continued.

This was the first time Sigma Nu and Sigma Phi Epsilon collaborated in organizing a philanthropy event.

“In order to increase the number of people available to help with the event and to increase the potential speaker connections we had, we needed to partner up with another organization. SigEp turned out to be the perfect choice,” said Jack Borsi, philanthropy chair of Sigma Nu.

“They brought a lot of enthusiasm and ideas to the partnership and were essential in making CELLS a success. This was an incredibly positive result for the first event and we have very high hopes for next year.”

Besides raising money for the Great Lakes Science Center, the organizers also hoped to achieve another goal with CELLS – intellectual engagement.

“CELLS is about providing something of value to the Case community and bringing together students, staff, and other Clevelanders for an intellectually stimulating shared experience,” said Borsi.

“We really wanted to do something interesting that had never been done before,” said Pignatiello.

He continued, “We wanted to provide an interesting venue for our community to learn something new and challenge the way they perceive the world.”