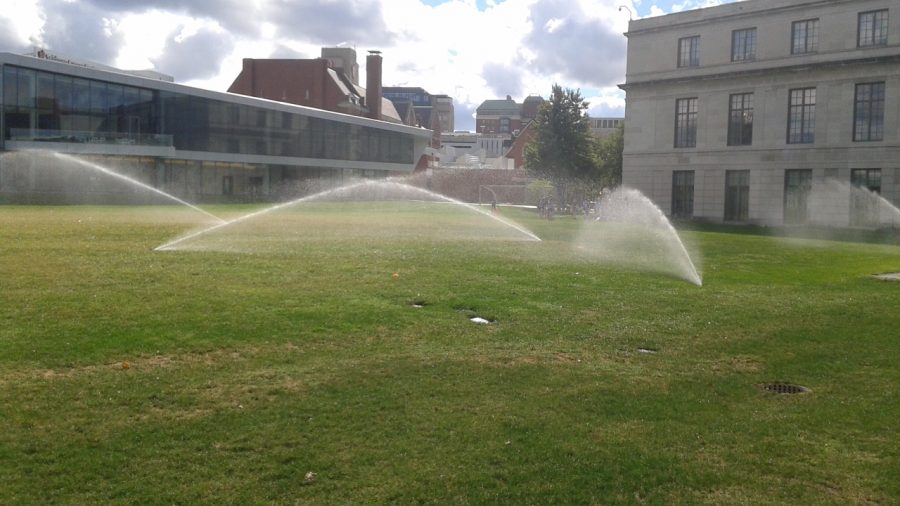 Freiberger Field is closed to public for a construction project that will connect the field with the Milton and Tamar Maltz Performing Arts Center. However, the project is still awaiting permission for construction from the City of Cleveland.

Freiberger Field, located between Kelvin Smith Library and Tinkham Veale University Center, has been closed since October 2016 for impending construction. The construction project is currently waiting for approval from the City of Cleveland and is expected to continue through spring 2018.

On May 20, 2016, Case Western Reserve University and the Cleveland Museum of Art announced an agreement to collaborate on the construction of a new greenway that will stretch from Freiberger Field to the Milton and Tamar Maltz Performing Arts Center. Through this greenway, the CWRU campus will be connected to multiple landmarks and adjacent neighborhoods to bring the community together.

Although closed to the public, Freiberger Field currently has no signs of construction. Stephen Campbell, the vice president for Campus Planning and Facility Management, explained that this is because permission for the construction has not yet been granted.

“Construction documents are complete and the contractor is on board,” said Campbell. “Securing city approval could happen at any time, and the university did not want to create a situation where something is happening on Freiberger Field that suddenly has to be removed or relocated.”

According to an article published in The Daily in 2016, the establishment of this greenway is expected to “create a pedestrian and bike connection to link the core campus to the Milton and Tamar Maltz Performing Arts Center at the Temple–Tifererth Israel, West Campus and Health Education Campus, and to enable greater access to University Circle amenities for residents in the Hough neighborhood.”

Students too can use the area as a means of recreation.

“The greenway will be a sensitively landscaped, park-like setting with areas for recreation, studying and program events,” said Campbell.

Shreyas Kamath, a first-year student, is very positive about this new greenway.

“I think the Greenway would make a great addition to the campus,” Kamath said. “In addition to being more convenient, it’s a great step towards our environment.”

“This is a great addition to the campus as it will draw more people to the Maltz Performing Arts Center and liven up the environment there,” said Stephen Liu, a first-year student.

Campbell thinks the most difficult aspect of this $15 million project is the constant regulatory and legal cooperation with multiple agencies. He hopes students will continue to be patient as the construction unfolds.